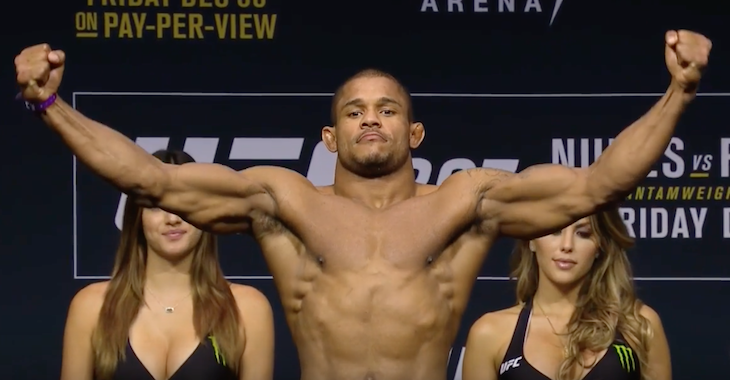 Round one begins and Garcia presses forward while pumping his jab. Pyle circles out and tries to find his range. Garcia lands a big kick to the body and then shoots in and scores an easy takedown. Alex begins working from full guard and then promptly moves to side control. He works some short elbows to the body of Pyle. Alex switch to some knees to the body but Pyle is able to scramble and get back to his feet. Mike lands a right hand. Garcia replies with a jab of his own. Alex charges forward with a big overhand right that misses. Pyle lands a nice knee to the body. Garcia presses forward with a combo. Pyle attempts a leg kick but Garcia counters him with a thunderous right hand that sends Mike crashing to the canvas. This one is all over. What a brutal knockout from Garcia.