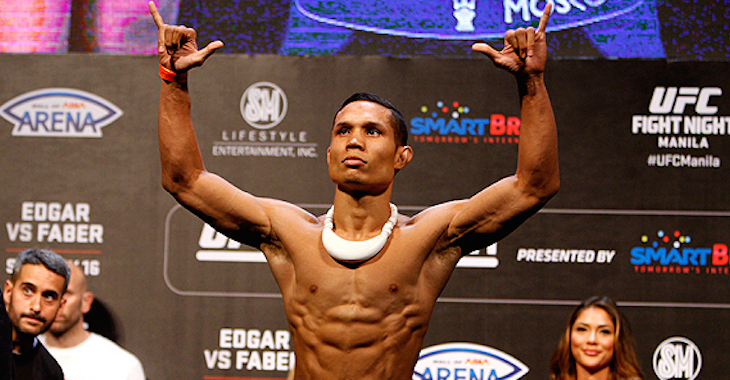 Round one begins and Emmett starts things off with a high kick. Tuck with a good combo. Josh charges forward with punches. He lands a good counter shot and then a leg kick on Tuck. Big overhand right scores for Josh. Emmett goes for a high kick but misses. Tuck lands a good left. Josh replies with a good right jab. Emmett with another big overhand right. He follows that up with a high kick. Another good right hand from Josh scores. Round one comes to an end.

Round two begins and Tuck catches Emmett with a flying knee. He presses forward and lands a left hand. Josh replies with a right and then a good shot to the body. Another right hand over the top lands for Emmett. Tuck with a good counter left. Josh replies with a big left of his own. Emmett is circling well. Tuck is struggling to find his range. Good one-two combo from Josh. Tuck with a good leg kick. The fighters exchange jabs. Good combination lands for Josh. He scores with a big left hook and then follows up with another jab. Round two comes to an end.

Round three begins and Emmett lands a nice right hand to start. He comes forward and lands a good combo. Tuck looks very tentative at this point. Josh is circling and countering when he can. Tuck is starting to chase him down as he senses the urgency, likely needing the finish. Josh may have an injured right hand. Tuck with a flying knee that lands to the body. Tuck with another big knee. He is chasing Josh all over the cage with shots. Huge kicks to the body from Tuck to end it.