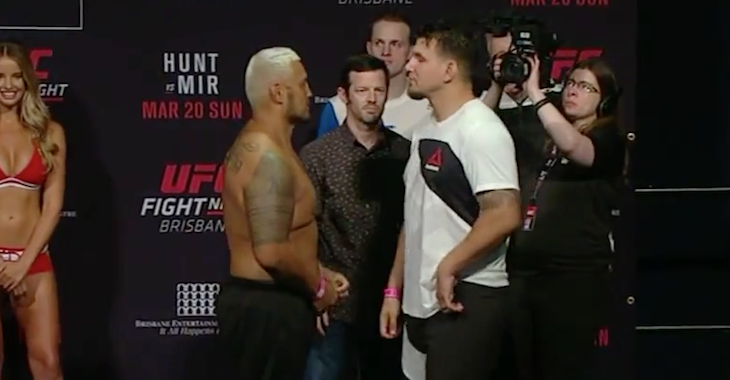 Round one begins and Hunt opens with a heavy inside leg kick. Frank dives in for a takedown but it is not there. Hunt with a leg kick. Good jab from Mir. Frank with a head kick attempt that misses. Hunt misses with a big right. Another right hand from Hunt, this one partially lands. Mark misses with another big right. Huge right lands and knocks out Mir.

Mark Hunt defeats Frank Mir via KO at 3:01 of round one