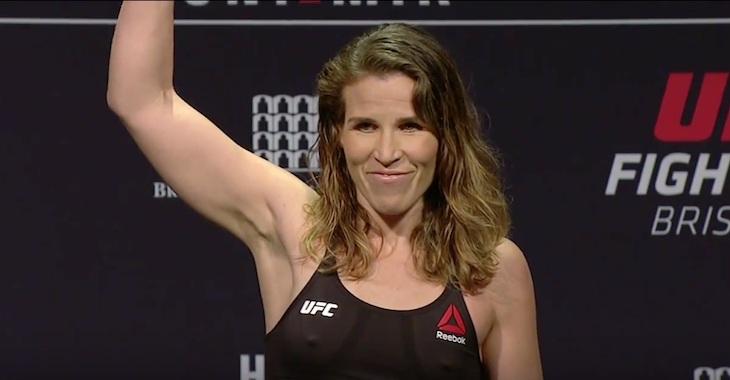 Leslie Smith was able to hand Rin Nakai just the second loss of her career at tonight’s UFC Brisbane event.

Smith utilized some her reach to land some solid shots on Nakai early and often in round one.

Rin was able to lockup an inverted triangle in round two but Leslie showed great heart and was able to break free from the tight submission hold.

Round three saw Smith once again find her range, as she was able to open up on her Japanese opponent. Nakai would shoot in for several takedown attempts in round three but was only able to land one which occurred late in the round.