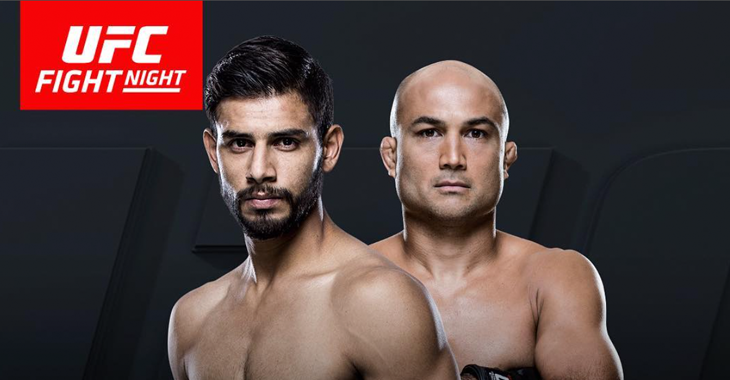 Catch all the UFC Phoenix results and action from Arizona as we update you live on fight night! Stay glued to this page for live results, and stay tuned to BJPenn.com for recaps of each fight from the event on January 15.

UFC Phoenix will feature the return of UFC Hall of Fame legend BJ Penn. The former two-division UFC champion will enter the Octagon for the first time since 2014 and will face the young and talented Yair Rodriguez in a featherweight clash in the main event of the evening. The co-main event will feature the always exciting Joe Lauzon who will be taking on former Bellator lightweight title challenger Marcin Held in a lightweight bout. Who are you picking to win at UFC Phoenix? Give us your picks in the comment section ahead of fight night and be sure to give your thoughts on the fights as they go down on January 15 in Phoenix, Arizona!