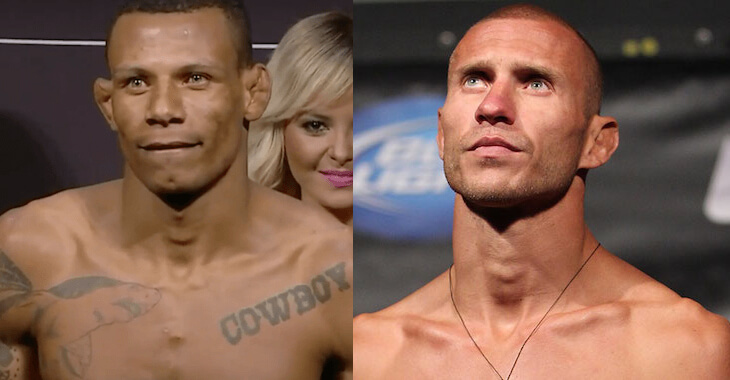 Unable to catch tonight’s live action from Pittsburgh? BJPenn.com has you covered! Stay glued to this page for up to the minute live results, and stay tuned to BJPenn.com for fight recaps as they happen.

Donald Cerrone vs. Alex Oliveira – Donald Cerrone defeats Alex Oliveira via submission (triangle choke) at 2:33 of round one
Derek Brunson vs. Roan Carneiro – Derek Brunson defeats Roan Carneiro via TKO at 2:38 in round one
Cody Garbrandt vs. Augusto Mendes – Cody Garbrandt defeats Augusto Mendes via KO at 4:18 round one
Dennis Bermudez vs. Tatsuya Kawajiri – Dennis Bermudez defeats Tatsuya Kawajiri via decision (29-28, 29-28, 29-28)
Chris Camozzi vs. Joe Riggs – Chris Camozzi defeats Joe Riggs via TKO at 0:26 of round one
James Krause vs. Shane Campbell – James Krause defeats Shane Campbell via decision (29-28, 29-28, 29-28)