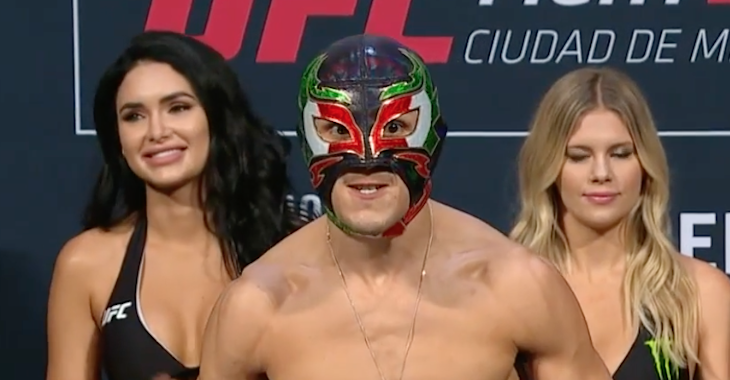 .@Goyito_Perez gets out of the submission attempt and starts dropping BOMBS from the top! #UFCMexico https://t.co/rHAVHhNWyv

From being under full mount to taking the back, expert grappling by @SertanejoUFC! #UFCMexico https://t.co/NdTqaiFySz

Round was all Felipe Arantes as Erik Perez seemed to be suffering from a knee injury. However, Arantes third-round success was not enough to get him the nod from more than one judge, as he lost the fight via split-decision.