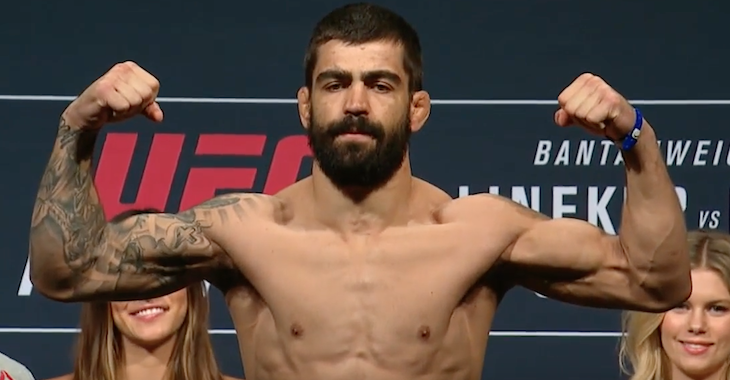 A bout between Keita Nakamura and Elizeu Zaleski Dos Santos kicked off the UFC Fight Night 96 prelims on FS2.

Keita Nakamura was able to dominate most of round one on the ground after scoring an early takedown. However, Dos Santos got back to his feet late in the opening frame and unleashed some solid punches and leg kicks before the buzzer.

Round two was very close, Dos Santos was able to land some more big shots but was also taken down by the grappling specialist Nakamura.

Round three was full of action as both fighters were looking for the finish.

Dos Santos was able to land a nice suplex with just over two minutes remaining in the final round.

Dos Santos was awarded the victory over Nakamura via unanimous decision, 29-28 on all three judges scorecards.