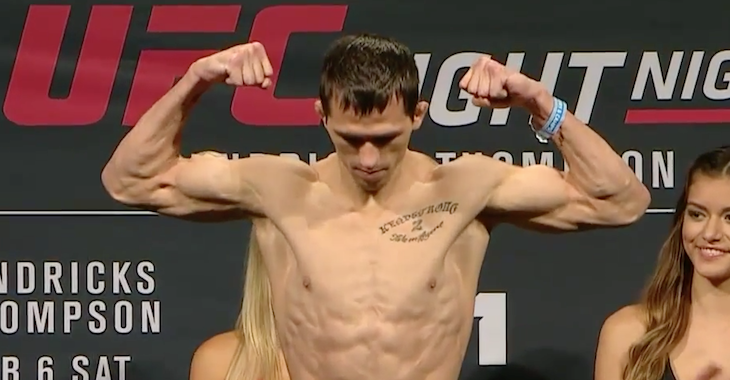 Alex White was able to use some so head movement and crisp strikes to defeat Artem Lobov tonight in Las Vegas.

With the victory, the 27-year-old improved his UFC record to 2-2.