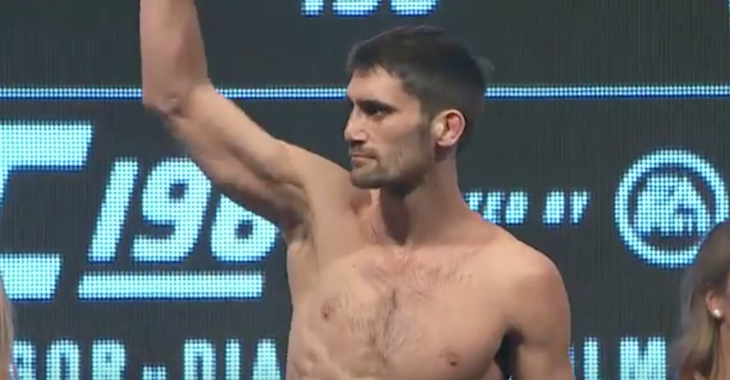 A lightweight tilt between Jason Saggo (11-2 MMA) and Justin Salas (12-7 MMA) served as the second bout of tonight’s UFC 196 card in Las Vegas.

Round one begins and Saggo opens up with a body kick followed by an inside leg kick. Salas presses forward with a left hand that is partially blocked. Saggo throws a hook kick but it misses and he gets taken down by Salas for his efforts. Saggo working for a submission from his back and eventually sweeps Salas and winds up in top position. Good elbows from Saggo who is now working in side control. Elbows and hammer fists from the top by Saggo. He is searching for an armbar but Salas defends. Saggo moves to the back of Salas and sinks in one hook. He gets both hooks in and starts pounding away on Salas. The ref steps in and it is all over!

Jason Saggo defeats Justin Salas via TKO at 4:31 of round 1