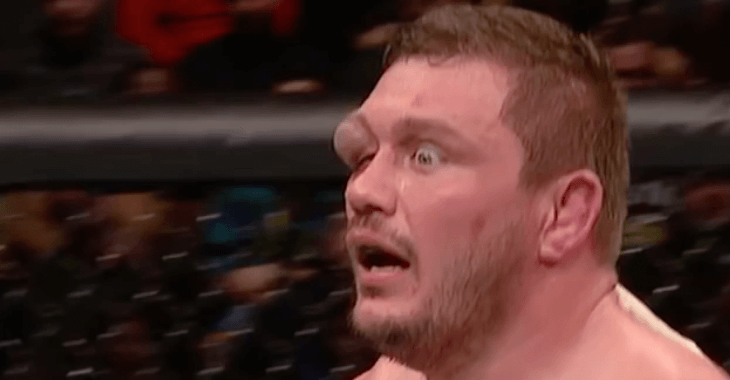 Six fighters featured on the UFC Fight Night 81 card at the TD Garden in Boston have been listed on the medical suspension list for 180 days. This includes new UFC bantamweight champion Dominick Cruz, who has been plagued by injuries in his recent years.

Cruz said in his post-fight Octagon interview that he had an injured foot going into the fight with T.J. Dillashaw.

“I don’t want to talk about things that I came in with because it’s stupid. You know, so I’m not going to talk about it.” However, Cruz did, in fact, say immediately after that statement that he had a problem with his foot going into his five-round championship war.

“But I, you know, have some problems with my left foot that I came in with, but I had to tough it out. It just got really bad in the fifth round is what happened. It just finally had enough.”

Both Matt Mitrione and Travis Browne were also listed to be out 180 days. Browne took a controversial win over Mitrione by TKO, but not before two accidental eye pokes that may or may not have changed the outcome of the fight. If you have not seen Mitrione’s eye injury from the hands of Browne, you should see this.