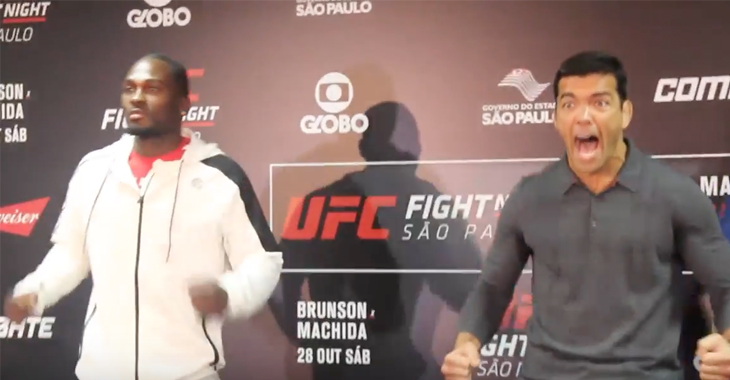 Round one begins and Golm fires off a combination. He lands a low kick followed by a left hand. Golm is pressing the action here. He lands another combination. A big right hand score for Golm. Colombo appears to be hurt. Golm takes him to the floor and immediately moves to mount. He begins raining down punches. Colombo is busted up. He attempts to scramble but gives up his back. Golm looks to lock in a rear-naked choke. He squeezes and this one is all over! What an impressive debut from Golm.

First round finish in your UFC debut? ✅@MarceloGolm gets the first round sub on home soil 🇧🇷 #UFCSP pic.twitter.com/u8r33P0MLy