One fighter misses weight by substantial amount, all others make weight for UFC Fight Night 111

The competitors set for UFC Fight Night 111 took to the scales on Friday in Singapore for the early weigh-ins.

All competitors but one made their weight with main event fighters Holly Holm and Bethe Correia making the women’s bantamweight limit with Holm coming in at 135 pounds and Correia coming in at 136 pounds. Holm will look to end her three-fight losing streak while Correia will be looking to get her hand raised after going to a majority draw in her last fight against Marion Reneau at UFC Fight Night 106.

The lone fighter that did not make weight was Carls John de Tomas, who came in five pounds over the flyweight limit of 126-pounds given the one pound allowance. Carls John de Tomas was fined 30 percent of his show purse, which goes to Inoue for missing weight. 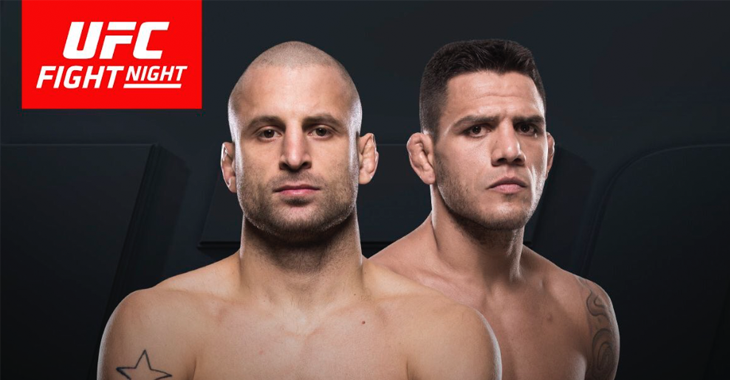 Former UFC lightweight champion Rafael dos Anjos also made weight for his welterweight debut, stepping on the scale at 170-pounds as did his opponent Tarec Saffiedine. Dos Anjos is looking to get a fresh start at 170 as Saffiedine will get the chance to get a win over a former UFC champion.

What fights are you looking forward to seeing the most at UFC Fight Night 111? Let’s get your predictions in the comment section for how and when your favorite fights are ending!