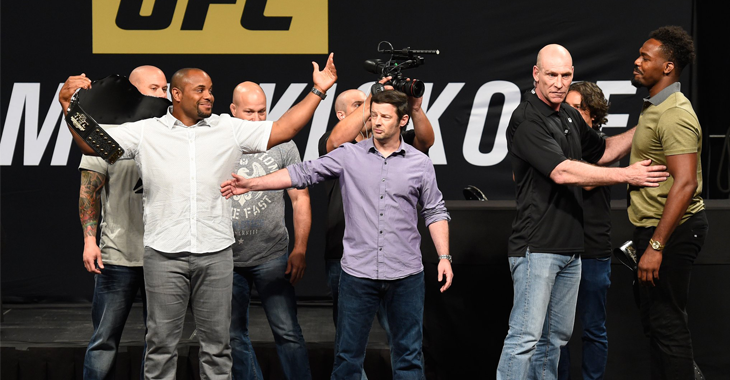 UFC 214 takes place on Saturday, July 29 at the Honda Center in Anaheim, California.

The card is stacked with three title fights with UFC light heavyweight champion defending his belt against former champ Jon Jones in the main event of the evening. The co-main event will feature the welterweight title fight between champion Tyron Woodley and challenger Demian Maia. Also, fighting for the vacant UFC women’s featherweight title, Cris Cyborg and Tonya Evinger will each look to claim the belt of the new women’s 145-pound weight class. Jason Knight and Ricardo Lamas will top off the preliminary card on FXX while the women’s bout between Kailin Curran and Alexandra Albu bring a close to the early prelims on UFC Fight Pass. What fights are you looking forward to seeing the most at UFC 214 going down at the Honda Center on July 29 in Anaheim, California? Who will walk home with belts after the event comes to an end? Let’s get your predictions for those matchups in the comment section!