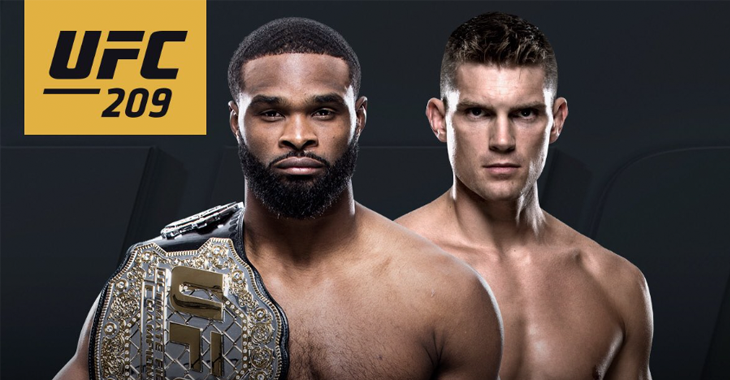 Both men were very tentative for the better portion of 25 minutes, excluding a last minute surge from Woodley which almost resulted in a fight ending stoppage.

With that said, Stephen Thompson really seemed to dictate the majority of the fight while maintaining the better octagon control.

And so, after five rounds of unpopular action the judges in attendance awarded Tyron Woodley with a majority decision victory (48-47, 47-47, 48-47).

Many fans and analysts believed the fight would be ruled a draw when the horn sounded to end round five. However, that was not the case and the welterweight division will now likely move forward from the rivalry.

Woodley is embarrassing himself. #UFC209

This is worse than a sparring match. #UFC209 main event

Why doesn't T-wood just go after Thomson. He has the ability to hurt him.

I had @WonderboyMMA 3 to 2. Sucks man. Congrats to the champ!

Congrats to @TWooodley for keeping the @ufc belt,& congrats to @WonderboyMMA for giving his best effort on 2 opportunities. Respect to both.

I think it was the right decision.

Me and @TonyFergusonXT fight would've saved this card for the @ufc hands down!! #shame

I bet @GeorgesStPierre is laughing his ass off right now. He could be a two weight champion in two fights and then retire again. #UFC209

I scored 3-2 for Thompson. I don't see how Woodley won 3 rds

WORST DECISION EVER! @WonderboyMMA won that! These judges need to be fucking fired! @ufc #UFC209

And New welterweight Champion of the world. @WonderboyMMA

How did you score tonight’s UFC 209 main event title fight between Stephen “Wonderboy” Thompson and Tyron “The Chosen One” Woodley? Sound off PENN Nation!