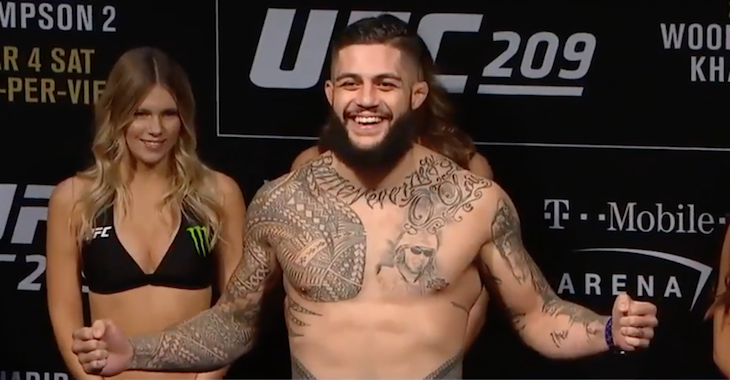 Round one begins and Craig charges forward and throws a kick to the body. Pedro circles out but Craig catches him with another left high kick. Paul charges forward and applies the clinch. Pedro catches him with a hard knee to the body. He pushes Craig against the cage and begins working some short shots. Paul fires back with some uppercuts of his own. Craig lands a judo throw but Pedro pops right back up to his feet and presses Paul back against the cage. Both men are landing shots in the clinch. They break and Pedro lands a right hand. Craig replies with a kick but Pedro catches him with a punch that sends Paul to the canvas. Pedro lets Craig back up and then begins landing some violent knees on his Scottish opponent. Pedro scores a trip and gets Paul to the floor. He begins raining down some elbows from side control. These are some brutal strikes. The referee steps in to stop the contest.

Here is the finish: