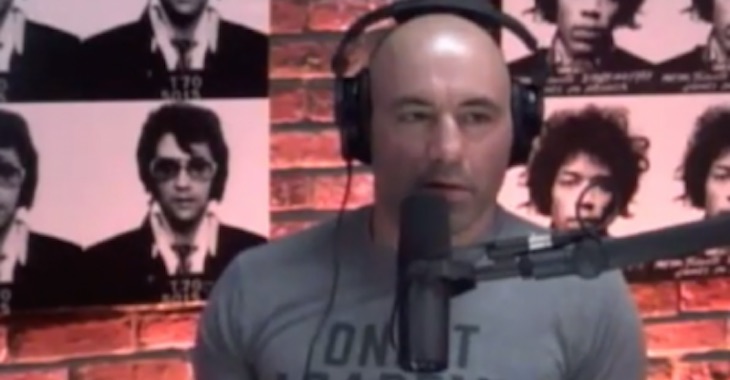 In just three weeks, UFC featherweight champion Conor McGregor will step into the Octagon against UFC lightweight champion Eddie Alvarez for an extremely rare champion vs. champion matchup. The fight is set to headline the UFC’s first event at the Madison Square Garden, UFC 205, which is widely regarded to be the biggest event in the history of the promotion.

In addition to the fight headlining a historic event, the fight will give McGregor the opportunity to emerge as the first simultaneous 2-division champ in the history of the UFC, in addition to becoming just the third man in UFC history to hold belts in two weight classes. Ahead of the fight, Joe Rogan and former UFC fighter Yves Edwards spoke on The Joe Rogan Experience to discuss the matchup.

“I’m excited to see that Conor (that beat Nate Diaz at UFC 202) fight Eddie, because yeah Nate is the same kind of guy where he’s not going to worry about those things, but Eddie is a different beast, Eddie is a Philly beast. So I want to see them get into a FIGHT. Like, I don’t want to see technique (laughs).”

Joe Rogan then jumped in:

“That could easily happen too, that could happen. Eddie Alvarez is a f**king savage. He really is. You watch that Rafael dos Anjos stoppage, holy shit…the combination he hit him with, and the sheer amount of punches he threw, the barrage it took to put him away. He had some serious endurance to press the pace like that, that’s the one thing Conor’s been struggling with right?”

“Yeah, with that pace, and Eddie has the power to put that pace on him. When Nate gets him tired, or gets him hurt on his feet, he’s not as dynamic.”

Rogan then jumped in again, saying:

“He’s got that power, and he’s a very strong guy too. He’s a very strong guy for 155. I’m curious to see what Conor actually looks like at 155, because we haven’t seen him there in the UFC. We’ve seen 145, and then we’ve seen him cut no weight and weigh like 169. It would be interesting to see what Conor looks like at 155, that might be the perfect weight for him. It’s entirely possible we might see a better McGregor at 155.”

How do you see this UFC 205 scrap playing out PENN Nation? Give us your thoughts below!