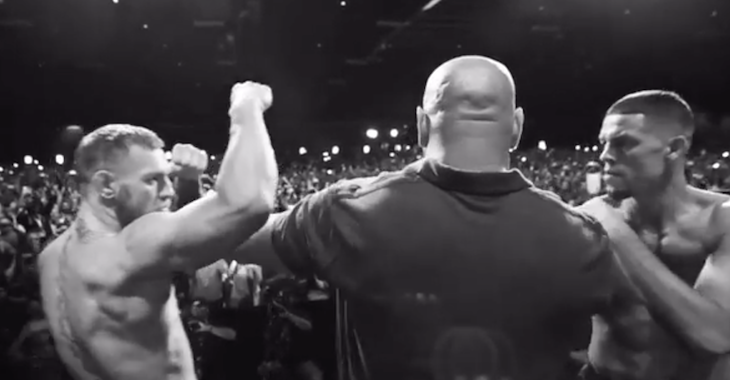 In the main event of UFC 202, Conor McGregor and Nate Diaz had their highly anticipated welterweight rematch.

McGregor was able to come out strong in the first round, and ultimately earn a majority decision win, with two of the judges scoring the fight 48-47.

Below you can see the best reactions from the MMA community from throughout the fight:

So much for pacing yourself. #ufc202

Wow Connor is gassing and the pace of the fight wasn't even high.

Conor's gassed diaz got this. Diaz broke him in round and a half

How is CMa gassing out again, around the same exact time of the 1st fight?! Mind blowing #UFC202

First 3:30 of rd 2 was all mcgregor then it's like a switch turned and Diaz moved forward, Connor faded but still won the rd #UFC202

What a fight. I could watch there two fight a hundred more times. #UFC202 #NateDiaz #McGregor

Bitch slap from Nate and mcgregor showing fatigue. Clinching on the cage #UFC202

Hold up you spent six figures on a training camp and you're gassed after 2 rounds? Wtf! #UFC202

This is a fight. WOW Diaz winning rounds at the end. Love this grind!!! #ufc202

Connor been saving his gas tank for this 5th round. Good plan