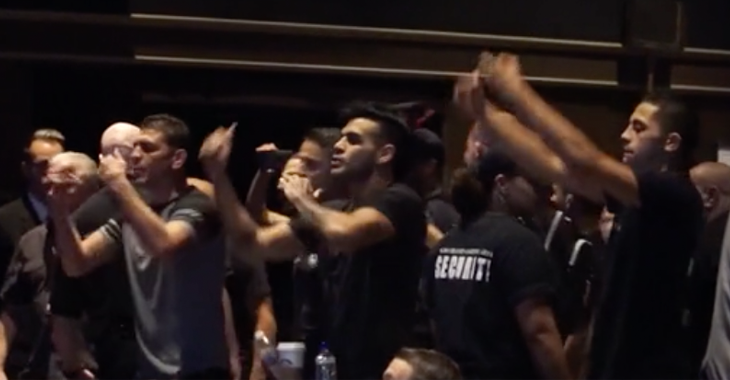 There was a war between Team Nate Diaz and Team Conor McGregor at the UFC 202 press conference on Wednesday.

Everything from coffee to rolls of tape were thrown at the opposing sides, which caused the press conference to be shut down early.

To do their best to prevent a melee from breaking out during the weigh-ins on Friday, UFC President Dana White stated on ESPN’s SportsCenter that the members from both teams involved in Wednesday’s incident at the press conference have been banned from weigh-ins, per the MGM security.

Who are you picking to win the rematch between Nate Diaz and Conor McGregor? Share your pick with us in the comment section!