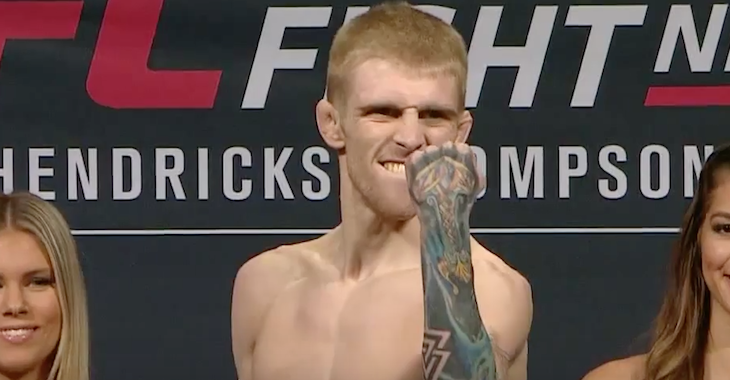 With just one day to go until UFC 201, the event has lost a main card bout. Despite McCall weighing in, the fight was scrapped due to Scoggins being unable to make the bantamweight limit of 125 pounds.

After the UFC was informed of Scoggins inability to make weight, McCall weighed in, just inc case another flyweight fighter was unable to make weight.

Due to Scoggins withdrawing, Ryan Benoit vs. Fredy Serrano was moved to the pay-per view portion of the card.

After the news surfaced, Scoggins took to Twitter to reveal that he will be moving up to bantamweight: