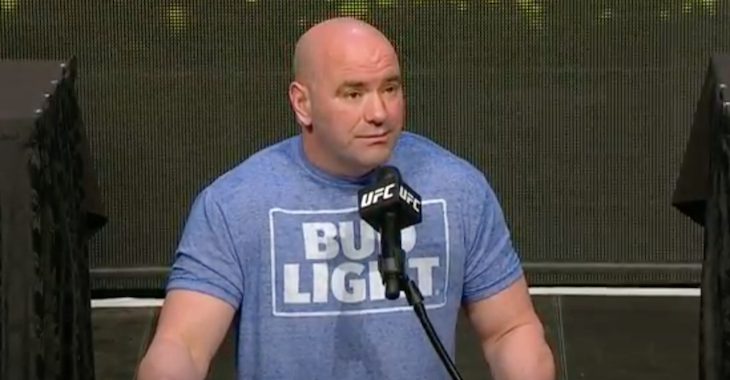 At the UFC 200 press conference on Friday, there was much speculation as to whether or not the UFC would make an announcement regarding who will fill the main event slot at UFC 200.

During the press conference UFC President Dana White announced that after much speculation Nate Diaz will remain on the card, however White gave no word on who Diaz will be fighting.

When asked if there was a chance of McGregor still fights at UFC 200, UFC President Dana White stated:

“Listen, I just don’t see how that’s fair. He (Nate Diaz) came in from Stockton days ago, Poland, Brazil, and the list goes on and on where these people have come from all over the world, and I get it, it’s tough when you have to leave everything you got going. The fight’s 3 months away. The fight’s still 3 months away. That’s why we do it this early, so that we try not to interfere with their training, their lives, and everything else. It’s just part of the deal. These guys came.”

When asked point blank if the door is now closed for McGregor, White said.