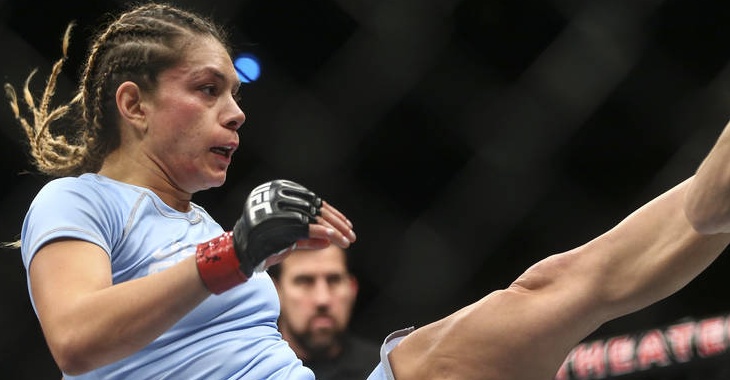 The Ultimate Fighter season 26 wrapped up last week and in the finale, the UFC crowned their first ever women’s Flyweight champion. Originally expected to be #12 seed, Sijara Eubanks vs #14, Nicco Montano, Eubanks was hospitalized the day of weigh-ins and forced out of the championship bout. Replacing her was the #1 seeded women’s pioneer and top Flyweight, Roxanne Modaferri. Unfortunately for the UFC, the late change in opponents didn’t help the television ratings.

Going head to head with the UFC last Friday was Bellator who hosted Bellator 189. Bellator’s event was also headlined by a female title fight as Featherweight champion, Julia Budd defended her title in a rematch against Arlene Blencowe. According to MMA Fighting, Bellator peaked at 439,000 viewers. Since getting swooped up under the Viacom umbrella, this marks Bellator’s third lowest event numbers.

But the UFC’s event didn’t do that much better as they only ended up with 501,000 viewers, therefore, making it the lowest rated live primetime UFC card to ever appear on Fox Sports 1. Surely not exactly what the UFC needs while in the midst of TV negotiations.

It really proposes the question, how much longer will The Ultimate Fighter be around? The next season has already been confirmed but these numbers show that even the idea of adding a title to the tournament isn’t helping(this wasn’t even the first time they’ve done this. See TUF 20). Which really shows how viewers and fans think that the format is getting stale and uninteresting because TUF 26 was a season full of quality fights despite the lack of drama between fighters and coaches. And the introduction of a new division, especially one as stacked as Flyweight should surely draw interest from any MMA fan. Yet the numbers show otherwise.

How much longer do you think The Ultimate Fighter will be around for?