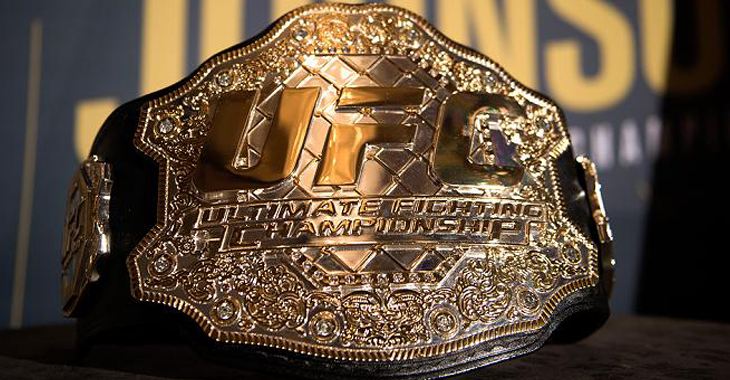 Round one begins and Modafferi starts off quickly. Montano greets her with a jab followed by a leg kick. Roxanne charges in a with a combination. Montano fires off a left hand. She presses Modafferi against the cage. Roxanne escapes. Both women connect with hard low kicks. Montano lands a lead left. She just misses with a head kick. Roxanne steps in with a kick to the body. Nicco circles and then lands a low kick. Another good body kick from Roxy. She clinches up with Nicco and looks to score a trip takedown. Montano avoids the trip and circles off the fence. Montano goes upstairs with a head kick but it is blocked. She shoots in and scores a takedown. Roxanne immediately locks up an arm and rolls for an amrbar. Nicco is able to avoid the submission attempt. She lands a couple of hammer fists before Modafferi once again ties her up. One minute remains in the opening round. Nicco stands up and allows Roxy to do the same. Modafferi immediately shoots in and scores a takedown. She quickly moves to side control. Nicco scrambles and gets to half guard. Round one comes to an end.

Round two begins and Modafferi comes out quickly. She lands a left hand and then charges in with a combination. Nicco lands a big kick to the body. Roxanne eats it and fires back with a right that lands flush. Nicco might be hurt. Roxy charges after her with punches. She is landing punches in bunches now. Nicco circles off the cage and appears to be ok. She lands a right jab. Roxy returns fire but misses with a left. Montano connects with a low kick followed by a left hand over the top. Modafferi with a nice right hand up the middle. Both women are landing punches now. Big shots from both fighters. Roxy charges in and lands a takedown. Nicco immediately locks in a triangle choke. She begins throwing elbows from the bottom. Roxanne survives as the horn sounds to end round two.

Round three begins and Montano lands a right. Roxy counters with a right of her own. They fighters clinch and Nicco connects with a knee. Montano is searching for a takedown but it isn’t there. Roxy breaks free and circles off the cage. She throws a head kick that is blocked. Montano steps in with a right hand. She paws with a her left jab and then lands another right. Montano follows those strikes up with a body kick. Roxy returns fire with one of her own. Both women appear to be bloodied up now. Nicco begins pressing the action now. She lands a right hand and then misses with a hook. She is all over Modafferi right now. Still, Roxy is able to circle free and return fire. The fighters trade punches to close out round three.

Round four was a back and forth affair early on, this before Modafferi eventually began landing a string of right hands. After eating multiple rights Nicco had seen enough and opted to shoot in for a takedown. She got the fight to the floor and immediately passed to half guard. Modafferi was able to scramble back up to her feet moments before the horn sounded to end round four.

Round five begins and Roxy lands a right hand. Montano is able to shoot in and score a takedown. She lands some short shots. Roxy eventually scrambles back up to her feet. That doesn’t last long however as Nicco quickly shoots in and scores on another takedown attempt. Nicco immediately passes to side control and work in some strikes. Montano moves to mount but Roxy quickly scrambles and works her way back up. The women engage in the clinch. They break and Roxy lands a right hand. She follows that up with a body kick. The fighters once again clinch and Roxy lands a knee. After a scramble Nicco winds up on the floor and in top position. She lands a hammer fist. Roxy locks up an arm and looks to score the submission finish. The armbar appears to be deep. Nicco somehow is able to pull her arm free. We are back on the feet and the ladies exchange to the final bell. This fight is going to the judges.