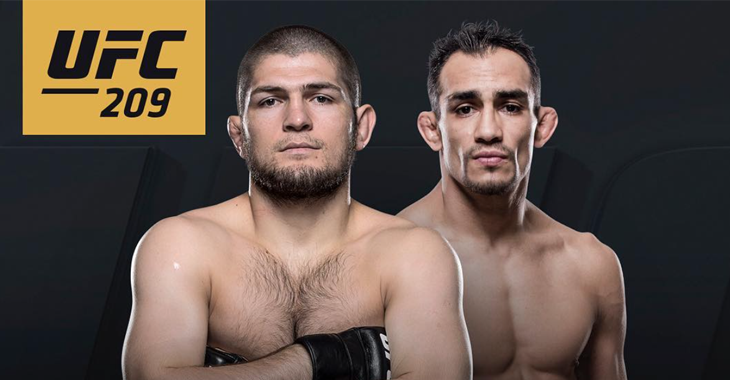 UFC lightweight Tony Ferguson was set to fight undefeated #1 contender Khabib Nurmagomedov for the interim lightweight championship at UFC 209. Unfortunately, the day of weigh-ins, reports began to emerge that Nurmagomedov had been hospitalized prior to the weigh-in, and given IV fluids. Ultimately, Nurmagomedov was pulled from the fight, and the fight was scrapped.

Now, Tony Ferguson is speaking out against the UFC for allegedly paying him “less than half” of his reported $250,000 show money. He spoke to MMAJunkie:

“I think they should take care of their fighters a little bit more, the ones that really put in their time and effort and really grind for them, because I’m one of those dudes, man,” he told MMAjunkie on Tuesday. “I’m one of those grinders, and I’ve never bashed my company.”

“It was like a slap to the face,” Ferguson said. “My training expenses were a lot larger than any other fight I’ve ever done because this was supposed to be the biggest fight of my career. So now I’m sitting here, and it’s like, what is my worth to the UFC? Like, do I not fight enough? Do I not bleed enough for them? It’s going through my head right now, because I didn’t lose.

“I did everything in my power that I could to show up on that scale, and that’s what I thought we were going to do. That’s why you call it show money. And to every fan that’s out there in the world, (UFC President) Dana (White), he said they cut me out a check, and I didn’t get a check, and then this morning I got my wire, and I’m looking at it and I’m like, ‘What the frick, man?’ I’m like, ‘Seriously?’”

A UFC official was contacted by MMAJunkie regarding the situation. The source stated that despite not being legally obligated to, the UFC paid Ferguson a figure which he was aware of beforehand.