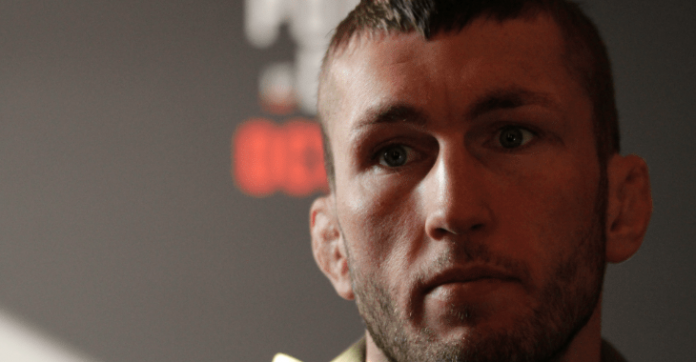 Stevie Ray’s quest for a new UFC contract continues. Last time we heard from Ray, he was contemplating retirement. That appears to not exactly be the case anymore as he’s still trying to get in touch with Sean Shelby for fights. Ray last fought Paul Felder in July in his home of Scotland. It was the last fight on Ray’s contract and the time since then has been a bit frustrating for Ray. He discussed the situation on the Obviously Fight Talk podcast.

“I’m waiting to hear back from Sean [Shelby]. There’s not really any update, just that Sean basically said to me that London makes the most sense to re-sign me, and the last time we spoke he said he wasn’t really matching the card yet. So I know that, obviously, the cards been getting matched now, so I’ve emailed him and I’m just waiting on a response. I’ve been told that you get a contract when you get a fight, so I’m hoping that they’re waiting to get me matched up for London and they’ll offer the contract and the fight at the same time.

Usually, you renegotiate with the UFC when you’ve got one fight left, so obviously I got the contract offer, because my manager, or my old manager, initially told me that weren’t going to be offering me a contract. And you just fight out your contact now. But then he changed that and said ‘oh, the UFC has offered something now’ before the Felder fight, so I don’t know why he said that to me in the first place.

Him being my manager, he advised me to fight out my contract, and I agreed because he said if I fight out my contract we’d get the money that we asked for. Because he spoke to me and said that ‘I think you should be on this money’, and he asked Sean and Sean said that there are guys in the top 15 that are still maybe not even on that. So, Sean said to my old manager ‘go beat Felder and then we can talk about that’, so I just thought ‘right, I’ll just go and win this fight and I’ll get the contract that my old manager was asking for’. If I don’t win, then I get a contract that’s not that one.”

Stevie Ray is 27 years old and holds a 21-7 professional record. He’s 5-2 in the UFC and fourteen of his twenty-one career wins coming by way of finish(six knockouts, eight submissions), most notably with wins over Joe Lauzon and Ross Pearson.