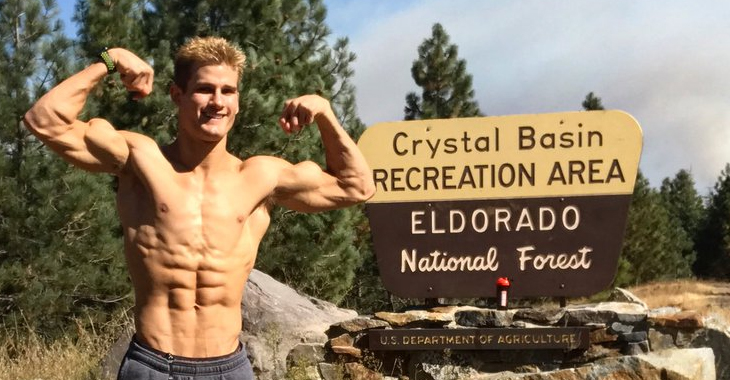 We’re used to Sage Northcutt doing things no human man should be able to pull off. He’s perhaps even more well known for his stunts outside the Octagon, than his few performances in it. We’ve seen him backflip backwards and forwards, squish various fruits, all with an infinite smile. But perhaps the super Sage went a little too far this time. He went hiking with the boys at Team Alpha Male and balanced on a fallen tree that was suspended over what looks to be some sort of gorge.

Oh no, baby. What is you doing? When you’re an athletic freak like Sage Northcutt, your perspective on what is dangerous or you is probably severely skewed. Him squaring off with a team mate on this precarious tree bridge like it’s a Mortal Kombat stage probably seems like no problem to him, meanwhile our palms are sweating. Be careful out there, Sage Northcutt. You still have to fight Michel Quinones on November 11th at UFC Norfolk.