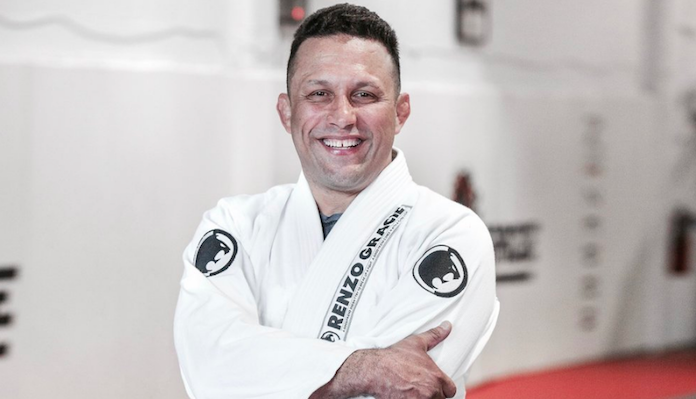 On Friday morning (Friday night in Manila), ONE Championship returned to our screens with ONE: REIGN OF KINGS — undoubtedly one of the promotion’s biggest cards to date.

This ONE: REIGN OF KINGS card was headlined by an interim bantamweight title fight between ONE lightweight and featherweight titleholder Martin Nguyen and fearsome Team Lakay star Kevin “The Silencer” Belingon.

It was a close fight, as Belingon was the far more aggressive party, but Nguyen was the more successful striker. In the end, however, the judges gave this one to Belingon, who can now look forward to a showdown with undisputed champ Bibiano Fernandes in the future.

This is how you punch someone in the nuts. #onechampionship #reignofkings pic.twitter.com/PgI1ymMhXh

In this fight, Aoki promptly landed a takedown, climbed into full mount, and unleashed a meteor shower of ground-and-pound, slicing his foe open and covering the canvas in Rorschach blots of blood. Once the blood was spilling, the referee promptly intervened, giving Aoki the TKO win — and very possibly the next crack at Martin Nguyen’s ONE lightweight belt.

Elsewhere on the card, 51-year-old MMA legend Renzo Gracie returned to the cage opposite Japanese legend Yuki Kondo. After a dreadfully slow round that gave Ngannou vs. Lewis a run for its money, Gracie authored a decisive end in the second, submitting his foe with rear-naked choke.

In the battle of legends, Renzo Gracie submits Yuki Kondo with a sweet RNC at 1:40 of Round 2! @RenzoGracieBJJ #WeAreONE #ReignOfKings #Manila #MartialArts pic.twitter.com/REoYT94jNC

ONE: REIGN OF KINGS also featured the second MMA effort of grappling star Garry Tonon, who took on Indian’s Rahul “The Kerala Krusher” Raju. While Raju certainly didn’t make it easy, defending a procession of leg locks and even an omoplata, Tonon ultimately got the W, tapping his foe with a rear-naked choke in the third round.

Here are the full ONE: REIGN OF KINGS results, for those who missed the action (via MMASucka).

What was your favorite moment from this ONE: REIGN OF KINGS card?