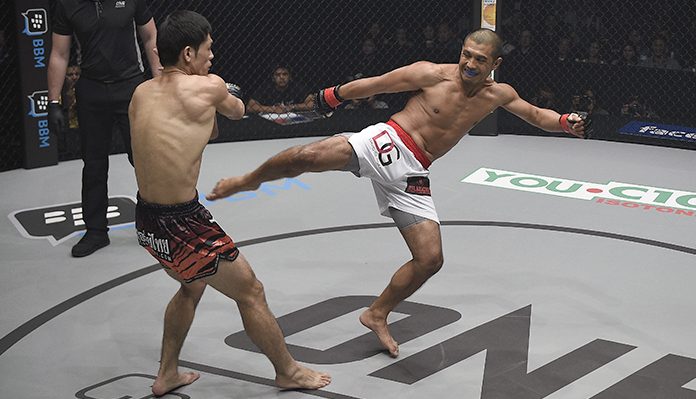 There is always a ton on the line whenever athletes climb onto the canvas to do battle. Sometimes, depending on the athlete’s current situation, there is even more at stake than usual.

On June 15, ONE Championship heads to Shanghai for ONE: Legendary Quest at the Baoshan Arena. The card is topped by an epic ONE Atomweight Muay Thai World Championship bout. The 21-year-old champion Stamp Fairtex of Thailand will defend her title against 18-year-old challenger Alma Juniku of Australia.

Stamp has already won world titles in two different sports within ONE Championship, and she is planning to chase another in mixed martial arts. Before she goes that route, Stamp must first successfully defend her title against Juniku.

A loss to the ONE newcomer would be a significant setback for the champion’s rise to the next level of superstardom. Stamp is the only reigning champion with a belt on the line, but she isn’t the only athlete with a lot at stake.

Losing is tough, and Eric “The Natural” Kelly has done a lot of it lately. Specifically, he’s lost six straight bouts, and what’s worse is that all six of the losses have come by stoppage.

Kelly and his brother, Edward, are hugely popular in their native Philippines, but at some point, Eric has to get back into the win column.

In Shanghai, Kelly faces Niu Kang Kang, who will be the least established opponent Kelly will have encountered in years.

Because the bout would appear to be the most winnable match Kelly has had in some time, the pressure is on for him to end his losing streak. If he falls for the seventh time in a row, it may be time to make some tough decisions about his career. 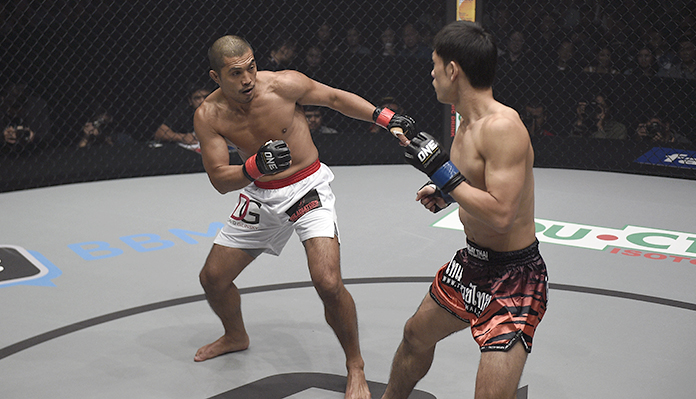 For the past two years, fans have seen Agilan “The Alligator” Thani as a legitimate title contender. Unfortunately for the Malaysian star, he has fallen short each time he’s attempted to step up in competition.

While Akiyama has an impressive resume as a Judoka and mixed martial artist, he is 43 years old, has been inactive for nearly four years, and he has dropped four of his last five matches.

If Thani, at 23 years old, cannot defeat Akiyama, it will send the Malaysian grappler further down the list of contenders at welterweight.

At just 23 years old, Han Zi Hao has already accomplished a lot in his career. The Chinese striker scored a thrilling KO win over Ryan Jakiri in October 2018, and that victory helped to set Han up with a title shot against Nong-O Gaiyanghadao.

Han ultimately fell short in that title match back in February and now, he is looking to bounce back in Shanghai as he takes on the long, sturdy, and skilled Andrew Miller.

Make no mistake about it, Miller represents a significant test for Han. This bout will not be an easy one, but it feels like a match Han cannot afford to lose.

If he hopes to gain another shot at the ONE Bantamweight Muay Thai World Championship, a second straight loss would be a bad look. Like Thani, Han doesn’t want to find himself free-falling through the promotion’s rankings. 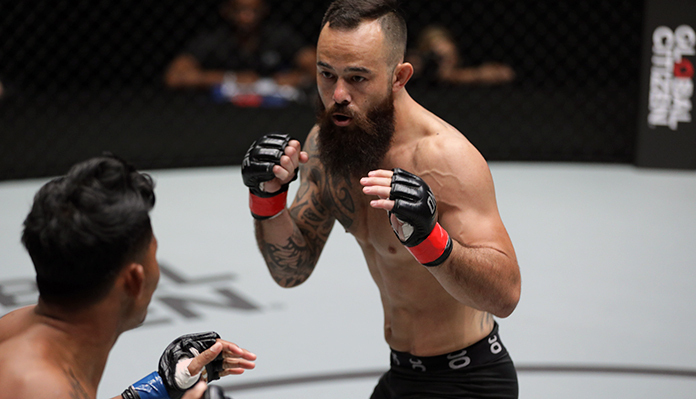 Throughout his time with ONE Championship, Anthony “The Archangel” Engelen has had his share of ups and downs. Everyone knows he has power and some underrated submission skills.

In the featured prelim bout in Shanghai, Engelen faces China’s own “Rock Man” Chen Lei. Engelen is another one on the card who is seemingly in desperate need of a victory.

Engelen has already lost two bouts in a row, and he’s facing the possibility of dropping a third against Chen. The Chinese martial artist has had just six professional matches, and he lost his most recent outing. However, he is 5-1 with four KO wins. He has power and utilizes an aggressive style.

Engelen will have to be prepared for the onslaught, and he might have to show off some of those submission skills mentioned above to prevent the dreaded three-bout losing streak.

When Fan Rong came to ONE in January, he was 10-1 and hadn’t lost since his professional debut three years ago. However, he would lose in his debut against the talented Reinier de Ridder back in January.

In Fan’s second assignment under the ONE banner, he draws veteran Egyptian Sherif Mohamed.

Both men need a win as Mohamed has lost two in a row. Considering where Fan is in his career, there could be more at stake for him.

Losing his first two matches with ONE Championship may cause some to doubt his fitness for the current level of competition. Because Mohamed hasn’t proven himself to be among the elite in the weight class, this is a bit of a measuring stick affair for Fan. If he wins, he will have passed a test. If he loses, he has failed, and his next step will be made with some level of uncertainty.