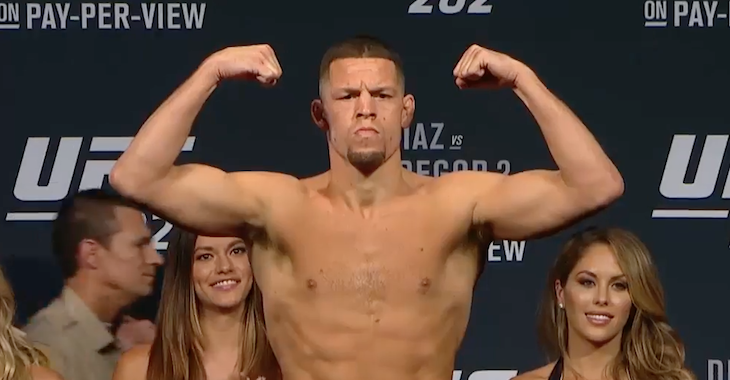 Earlier this month, Nate Diaz and Conor McGregor put on what many consider to be one of the greatest fights of all time in the main event of UFC 202. Ultimately, the judges scored the fight a majority decision for Conor McGregor.

While the MMA community is itching to see a trilogy fight between the two, this time at lightweight, UFC President Dana White has remained adamant that a trilogy fight doesn’t make sense right now.

With no word yet on what Conor McGregor’s plans for his next fight are, Nate Diaz appears to be looking to bait the featherweight champ into a trilogy fight.

If both men begin calling for the trilogy fight immediately, do you think the UFC brass will give in & book the fight? Sound off below PENN Nation!