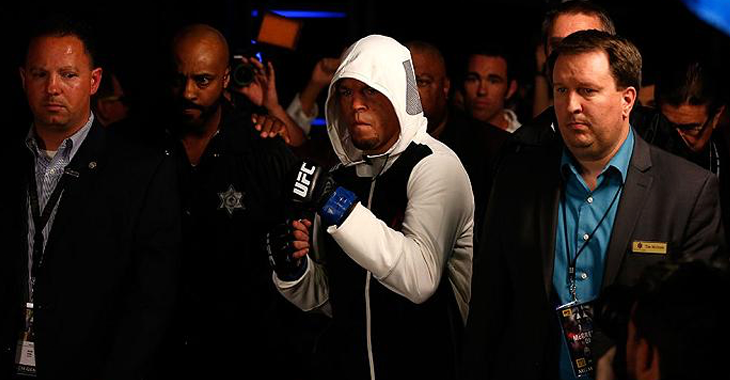 UFC featherweight champion Conor McGregor may have had the star power on his side for his fight with Nate Diaz at UFC 196. However, all the celebrities in the world couldn’t have helped him when Nate Diaz sunk in the rear-naked choke to make McGregor tap in the second round of their fight in the main event.

Diaz spoke with Rolling Stone on the celebs that he says were caught up in the hype of “The Notorious.”

“Bieber don’t watch the sport; he don’t know the sport. I’ve seen a couple other people too, Drake, all these other guys that are stating their opinion. How are you going to state your opinion when you don’t know shit? You’re just showing your lack of knowledge on the sport,” he says. “They picked McGregor. The mainstream got him because they know his name more, but if you look at my record and at look at who I am and watch my fights, you know [I was going to win]. Unless you’re caught up in the hype. Those guys all were.

“Everyone’s got their opinions,” he continues, “but I wouldn’t say something about a basketball player or something like that ’cause I don’t know the sport.”

The next time Nate Diaz fights, will we see these same celebrities jump the bandwagon?