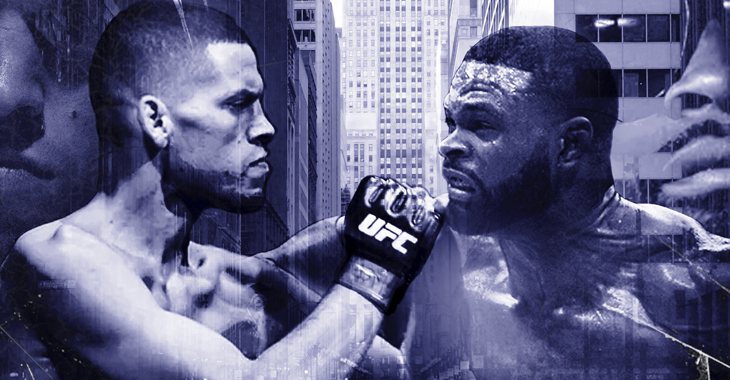 Nate Diaz steps into camp and suddenly all hell breaks loose. Suddenly, there’s a fight in the works between him and UFC welterweight champion Tyron Woodley to fill the empty slot perched atop UFC 219. Not just a wild rumor that spread out of control, but the UFC really trying to make this insane, out-of-left-field scrap happen. The talks seem to stall as fast as they heated up with little to no explanation. This is where Tyron Woodley comes in to clear everything up. According to the champ, he’s already signed on the dotted line and is waiting for Nate Diaz to do the same.

If Nate Diaz is holding out for the best deal possible, it makes sense for Tyron Woodley to put him on blast as a negotiation tactic to get him to John Hancock the contract. The heat from Woodley as well as the pressure put on the UFC to make something fast for UFC 219 has to be barreling down on all parties involved. It will all come down to how desperate the organization is to get this booked and how large the demands may be from camp Diaz. Tickets were supposed to go on sale this Friday, but have already been postponed until next week. If the Diaz deal doesn’t get done, there’s always Colby Covington.