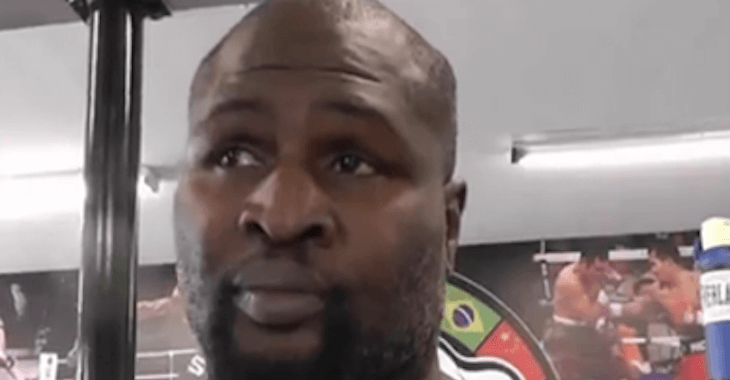 That’s right, James Toney, who is 47 years old, will be fighting once again. This time around he’ll be taking on Eric Martel Bahoeli on Nov. 27., at the Canadian Tire Centre in Ottawa, Ontario.

Toney, who some MMA fans might remember as the guy who took on Randy Couture and got dominated, probably shouldn’t be fighting anymore, let’s just be honest.

The guy has done a lot in the sport of boxing and has taken a lot of punishment over the years. His upcoming opponent, Bahoeli, is 6’3 and 34 years old. He’s lost two of his last three fights, while Toney has dropped his last two.