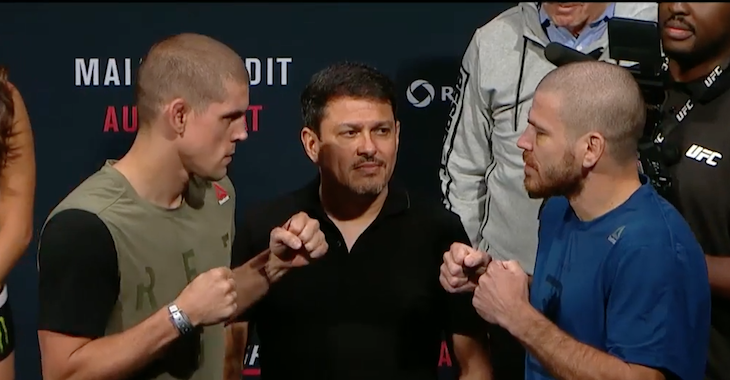 Many from the MMA community were shocked to hear that long-time UFC employee Joe Silva was leaving the UFC. MMA insider @TalkMMA initially tweeted about the rumor and followed it up with a confirmation. MMA Junkie’s Mike Bohn also confirmed the news of Silva’s departure.

Silva, who was one of the UFC’s matchmakers alongside Sean Shelby had been working with UFC President Dana White and the Fertittas ever since Zuffa purchased the UFC in 2001. Many don’t know that Silva was actually working for the UFC before it was acquired by Zuffa, back when SEG owned the company. Silva who was a fan of the UFC since day one, recalled his past with MMA Junkie in 2013 that he reached out to the SEG owned UFC offices when he saw one of their ads in “Black Belt Magazine” and advised them of some issues he felt would be heading their way. That simple phone call ended up getting Silva a job as an advisor and then as an employee. When Zuffa purchased the company, Silva was one of the few employees “who came highly recommended to the new owners.”

With Silva now riding off into the sunset and retiring after making his fair share of matches in the UFC, reports are coming in that former Legacy FC President Mick Maynard has been hired by the UFC. @TalkMMA once again released news on twitter regarding Maynard’s hiring.

Botter tweeted, “Mick Maynard, formerly of Legacy, will join UFC as a matchmaker in 2017.”

Mick Maynard, formerly of Legacy, will join UFC as a matchmaker in 2017. https://t.co/rFTOvaZKs6

That's not what I said. I said he's going to be matchmaker. Shelby is taking over for Silva. Mick will work under. https://t.co/l8LyWCTiqL

Maynard is a trained fighter himself and has made time to train with fighters from the Legacy FC roster, according to a Fightland article featuring the native of Australia.

According to the article, Maynard moved from Australia to Texas at the age of 23 to be a “hippie.” All that changed when he got a job and met his wife and began his endeavors of promoting mixed martial arts events. His local Texas-based shows eventually grew into Legacy FC, which has groomed a lot of fighters to make their way into the UFC.

On Monday’s episode of The MMA Hour, Ed Soares announced that Legacy FC and RFA have merged together into one organization, which would leave one to believe that Maynard will now have the time needed to do the UFC matchmaking job along with Shelby.