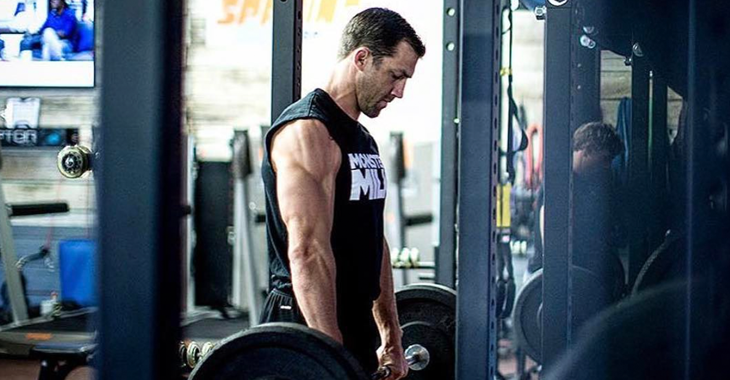 The UFC middleweight contenders voices were heard as many were unhappy with the initial announcement that former UFC welterweight champion Georges St-Pierre was going to challenge Michael Bisping for his middleweight title.

With St-Pierre recently stating that he would not be ready to fight until after October, UFC President Dana White announced that he canceled the matchup between Bisping and St-Pierre and that #1 ranked UFC middleweight contender Yoel Romero would get the opportunity to fight Bisping for the title.

Former UFC middleweight champion Luke Rockhold posted a video to social media on Friday in a full sweat saying that if Bisping vs. Romero does in fact happen, he is ready to get back to action and work his way back to fighting for the title once again.

“Yup, getting it in,” Rockhold said. “It’s time to get back on the program. If they hold true to this fight with Yoel and Bisping, you can count me in for July. Mousasi, I’m coming.”

Gegard Mousasi is currently ranked #4 in the UFC middleweight rankings and is coming off a controversial win over former UFC middleweight champion Chris Weidman. Although Mousasi was open to a rematch and Weidman surely wanted to go at it again, “The Dreamcatcher” said at the UFC 210 post-fight press conference that he is not the UFC matchmaker and ultimately has the goal of fighting for a UFC title.

Interestingly, #3 ranked middleweight Robert Whittaker, who stands between Rockhold and Mousasi in the ranks, was never mentioned. Whittaker is coming off a huge TKO win over Ronaldo “Jacare” Souza, as the former Strikeforce champion was finished for the first time in the UFC.

What are your thoughts on the middleweight title picture? Let’s get some of your ideal matchups in the comment section!