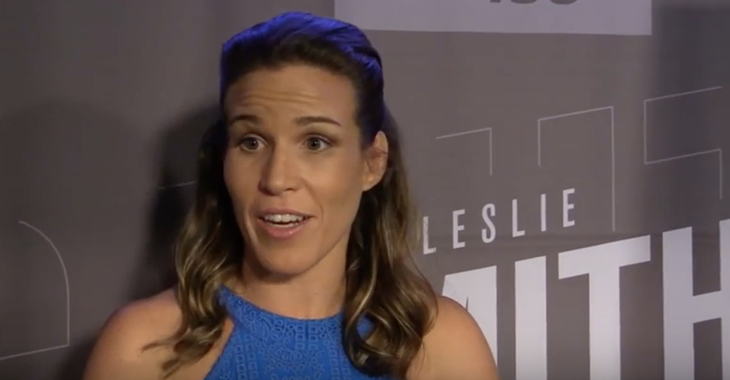 The year is 2016, the UFC has been sold to WME-IMG from Zuffa in a four billion dollar deal. Fighters unions are being formed and trying to stay intact. Primarily there was the MMA Athletes Association(MMAAA) and the Professional Fighters Association(PFA). Both of which weren’t helped by being associated with former Bellator promoter Bjorn Rebney. So much so that they disbanded pretty quickly.

The oldest of all has been the MMA Fighters Association(MMAFA) which is roughly ten years old. The MMAFA has never had unionization as their goal though, its focus has been on the Ali Act extension bill in Congress and an antitrust lawsuit against the UFC.

UFC bantamweight veteran, Leslie Smith has been very vocal about the possibilities of unionization for fighters and has now begun the process to get one going of her own with Project Spearhead. Prior to this effort, Smith was also a part of the PFA until she left last year because she said that the leader of the group, Jeff Borris violated fighter confidentiality by passing on information to a board of MMA agents. Smith spoke to MMAFighting about the situations regarding unions as well as Project Spearhead:

“I think that those efforts [PFA and MMAAA] failed because they were not motivated by the right reasons. [The goal of the MMAFA is] To skewer the UFC and break it apart with this antitrust lawsuit. And I am not down with that, either. I actually really like fighting for the UFC. I like fighting for the UFC and I want to continue to do so. I think that the UFC’s business model is what has managed to bring MMA to the mainstream and general public and I don’t want to just blow up the vehicle that got us to where we are right now. I want to make that vehicle a little more rider friendly. Give it a couple more front seats. I want some fighters in the front seat of the vehicle the UFC has been.

“Project Spearhead is here to force the issue,” the site reads “the UFC can choose to either pay into our needs and respect us as employees with a say in all decisions affecting us or treat us like the independent contractors that we are being called and lighten up with the USADA supervision, uniforms and restrictions. There have been several different groups that have stepped up to the plate in the effort to organize, but they have all gone back to the dugout before even trying to swing. Project Spearhead is not sponsored or run by any individual or outside organization, and no position of power will be gifted to any individual because they know the right people. All areas of power will only have power by representing the fighters’ best interests.”

“This is kind of just another in a long string of efforts, but I think a lot of things separate it from the other ones,” Smith said “One of them being that this has no outside influences. This is for the fighters, it was come up with by me, a fighter.

Everybody is into it,” Smith said. “Everybody likes the idea of it. Everybody wants to get more bargaining power from the UFC. The thing is everybody has their different issues that they’re going through, but it’s all the same issues. It all boils down to people not getting enough respect from the UFC and being stuck in these restrictive contracts and not being able to move past that. Everybody has their different arguments with the UFC, but they’re all the same at the end of the day. I talk to people and they tell me that they are worried about their jobs. They say they want to get on board with this, but they’re worried about their jobs. I’ve been talking to some people who are really, really high up, like basically champions. And they’re still saying that they’re worried about their jobs.”

UFC Fight Night 128 on April 21st marks Smith’s next walk to the octagon and she will be taking on fellow top 15 competitor, Aspen Ladd. All while still being an active fighter, Smith isn’t feeling distracted or unconfident in her plans.

“There’s no doubt that this is gonna happen. A union is going to happen. It’s impossible for it not to happen at this point. It’s just whether it’s gonna happen right now and with this effort or if this is just gonna be another one and then there’s gonna be another effort that comes up in the future. I’m not even against that. That’s fine. Whatever ends up being, if it works out that’s great. But this is my last chance to make a full-on effort when I can.

The main thing that I’ve gotten from everybody is everybody wants it to happen and they all want to be a part of it. But they don’t want to lead the charge… We don’t need a face for it. We need a backbone for the union. I feel like people definitely want it, but they don’t want to put themselves out on a limb for it. Well, that’s fine. The way that this is structured, they don’t have to put themselves out for it. All they have to do is sign a card, send it in.”

Along with fighter, Smith can now check off on her resume ‘interim president’ as that is her position with the project. Acting as interim vice president is UFC lightweight, Kajan Johnson.

What are your thoughts on Project Spearhead and unionization in general?