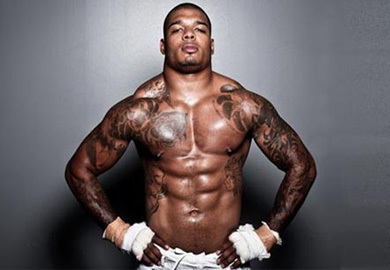 The highly-anticipated showdown between Remy Bonjasky (76-14, 40 KO’s) and Tyrone Spong (68-6-1 42 KO’s) will take place on Saturday, March 23 at the Excel Arena in London, England, it was announced today by Glory Sports International (GSI), parent company of the Glory World Series.

The bout had previously been set for February 16 but with Bonjasky being set to participate in the GLORY 4 – TOKYO: GRAND SLAM 16-man mega-tournament on New Year’s Eve, it was decided that February would potentially be too soon for him to get back in the ring. He will now have several more weeks to recover from his tournament bouts and get in peak condition for his first-time meeting with Spong.

“Remy was more than happy to take part in the tournament and then fight again in February,” explains GLORY Chairman Pierre Andurand. “But this is the first time that he and Spong will have fought and there was such huge interest in the match when we announced it that we decided to move the date and give him some time to rest up. It means that he and Spong will be in peak condition when they face each other.”

Marcus Luer, Managing Director of GLORY, added, “The worldwide interest in Spong vs. Bonjasky has been absolutely huge. Within literally minutes of it being announced we were inundated with requests for tickets and broadcast details.

“With this fight being of such magnitude to fans worldwide, we want both fighters to be at their absolute best for this historic first meeting. They now have a few extra weeks to sharpen their weapons for what is expected to be a truly classic encounter.”

‘The Flying Gentleman’ Bonjasky is a household name among kickboxing fans and this will be the first time that British fight fans have the opportunity to see him fight live. One of the most athletic fighters ever to step into the ring, Bonjasky’s flying knees and kicks have provided some of the most thrilling images of the sport and helped propel him to victory in three Grand Prix tournaments in the old K-1 fight series.

An eye ailment forced a temporary retirement on him for nearly three years but, after undergoing surgery, the 1.93 meter (6-foot-4), 108 kilogram (240 pound) fighter was ready to put the gloves back on. Last month he made a triumphant return with a decision win over Brazil’s top heavyweight, Anderson ‘Braddock’ Silva.

Amsterdam native Spong, who recently relocated to Boca Raton, Fla. to train with the famed ‘Blackzilians’ fight squad, is a world-class athlete. Standing 1.88 meters (6-foot-2) and weighing 103.5 kilograms (228 pounds), he started his career as a middleweight and has retained that speed and fluidity as he has moved up through the weight classes to heavyweight. With explosive power in his hands, nearly two-thirds of Spong’s wins have been by stoppage, including his June KO of legend Peter Aerts.

Tickets for the March 23 event will go on sale soon and the full card will be announced in the near future. The headliners are supported by a stellar card which includes two of the UK’s top talents taking on strong international opposition.