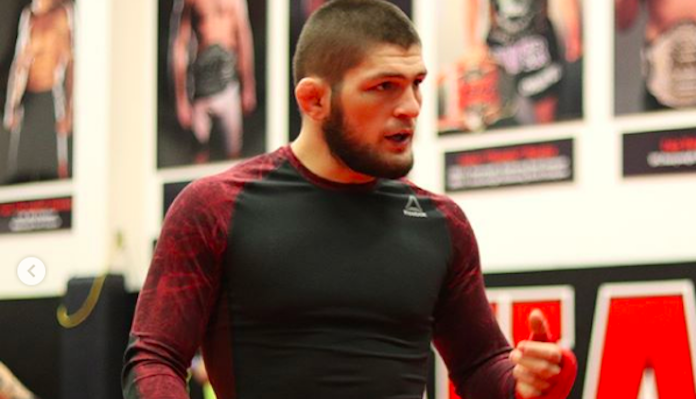 Back in December, in the co-main event of UFC 219, undefeated UFC lightweight contender Khabib Nurmagomedov authored yet another win, this time at the expense of striking specialist Edson Barboza. Nurmagomedov could not have been more dominant in this fight, grinding Barboza into dust for three, one-sided rounds. Yet in the opinion of fellow contender Kevin Lee, he didn’t actually look that impressive.

Lee, who is set for his own fight with Barboza in April, has repeatedly criticized Nurmagomedov’s performance.

“I wasn’t too impressed with Khabib,” Lee said at a media scrum in the lead-up to UFC 222 (h/t MMAFighting). “I’m gonna do ten times the work on Edson… Khabib looked terrible in that fight. He was just barreling straight forward like a tank.”

“He wants to be tough but he has very small heart,” Nurmagomedov told Megan Olivi on The Exchange. “Very small heart. When he fought with Tony Ferguson, between second and third round, you guys can watch his face and understand everything. Face never lie. His eyes – when Tony Ferguson talks about, ‘This is my night!’ his face agrees with this.”

“I think Tony will be better all around, and be able to wear down on Khabib, and then he’ll go out there, he’ll beat the hell out of Conor [McGregor], and I think I’m [going to] squeeze my way up in there one way or another,” Lee said on a recent episode of BJ Penn Radio.

Needless to say, there is no love lost between Khabib Nurmagomedov and Kevin Lee.