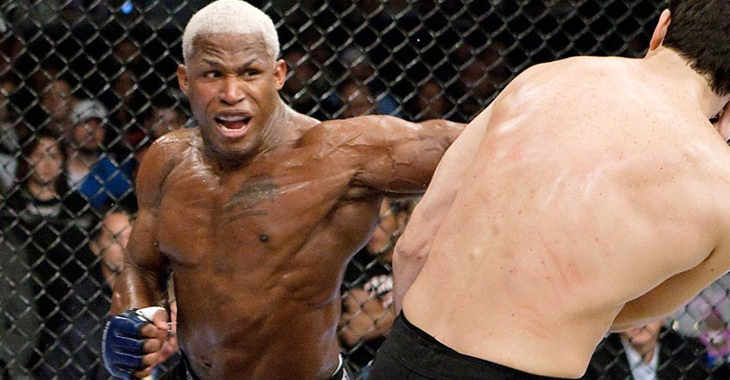 Kevin Randleman was a special human being. Not only can he take credit for one of the most amazing slams in MMA history on Fedor Emelianenko, but he’s a former UFC Heavyweight champion. When he passed away in February of 2016, the MMA world has been mourned his loss, but then celebrated his life in an outpouring of love and stories from outside of combat. Just yesterday, a fan with the username colossuskid came forward on R/MMA telling an amazing story of how Randleman actually talked him out of suicide. Included below is his personal account in its entirety.

I’ve pondered for a long time on how to tell this story; many people have seen it passing in the comment threads but I wanted to make a post about it because this might help people with depressing thoughts or suicide contemplating.

Around December 2014 I was in a relationship with someone who I cared very much, we ended up breaking up because I screwed up and cheated on her by sexting someone and admitted I was wrong. While we were broken up, I was starting to become my depressed by looking at her through instagram and twitter. (I haven’t had Facebook in about 2 years) Around the beginning of January, we tried to work on things but she wanted nothing to with me again because of my past mistake.

January 15th was a day I will never forget, it was the day I was truly going to end my life. I went and bought some rope, came back home and went to an area where I wouldn’t be found. I put it out on twitter that “this was it” and “I couldn’t take life anymore, good bye”. Not even 2 minutes go by, but I get a notification from twitter that someone messaged me, it was Kevin Randleman.

Kevin always followed his fans, I would tweet him and tell him how much of a fan I was. He followed me and messaged “Thanks for support, god bless.” This time, Kevin messaged and said “Hey bro, what’s wrong?”. I sent him a message explaining I couldn’t take life much and this was the end. Without a second glance, he messaged “what’s your phone number and let me talk some sense into you”. I couldn’t seriously believe that Kevin wanted to help me that much. I sent my message and about 2 minutes later I get a private number calling me.

He said, “Mistakes happen, it’s how you grow and learn from that mistake.
I told him how about him, Dan Henderson and Kurt Angle were the reasons I got into wrestling and Greco-Roman style. He told me about how his kids and wife Elizabeth were the Light of his life and made name three things I’m thankful for: “Family, Friends, and Health”

Kevin stayed on the phone with me for a good 35-40 minutes before I told him I wasn’t going threw it anymore. He then left me with this “Don’t ever think that your not worthy of this life because we only have one.”
What I did was next was deleting all of my social media and still to this day I don’t have any besides Reddit. I went to counseling for my issues, and became a changed man.

I never got a chance to meet Kevin but damnit I will always wake up and look to the sky with a monster roar and thank him everyday for saving my life. I’m posting this because if anyone is having issues, please there is someone that does care, even when we are at our lowest. If somebody needs anybody to talk to, please message me.

It’s truly incredible to have something like this come out so far after the fact. It’s not only a touching posthumous tribute to Kevin Randleman, but stands as a beacon for someone else who may be struggling with thoughts of suicide. Even after his death, Randleman’s warrior spirit continues to bless those around him. Rest in power, Kevin.