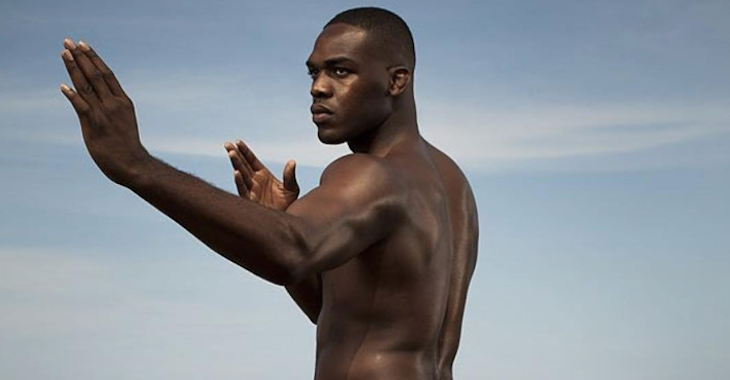 Former UFC light heavyweight champion Jon Jones may currently be suspended for a failed random out-of-competition drug test prior to his scheduled UFC 200 showdown with Daniel Cormier in July of 2016, however the former champ has begun to make headlines once again ahead of Saturday’s UFC 210 main event scrap between Daniel Cormier and Anthony Johnson, who he will likely fight the winner of.

Jones surprised fight fans this week with a photo of himself in the buff for a photoshoot.

Does this make you uncomfortable?

Jon Jones of course will be in attendance at UFC 210 this weekend, where many fans are expecting him to step into the Octagon after the main event scrap between Anthony Johnson & Daniel Cormier to challenge the winner.

Cormier of course wasn’t too pleased to hear that Jones would potentially be stepping into the Octagon after his main event scrap, warning Jones that he is not welcome in the Octagon. Cormier also believes Jones is desperate for attention in his time off, informing BloodyElbow:

“If I was suspended for anything, especially for something whatever it may have said to be, there’s no way I’m out in public,” Cormier told Ariel Helwani in a pre-fight interview. “I’m staying home, I’d lick my wounds until my suspension is done, and then I’d come back out. But I think that says a lot about your character. Because are you truly sorry for what you did if you’re really still willing to prance around even though you’re still actually under suspension?”

Only time will tell if Jones steps into the Octagon Saturday night for a staredown with the winner of the title fight!