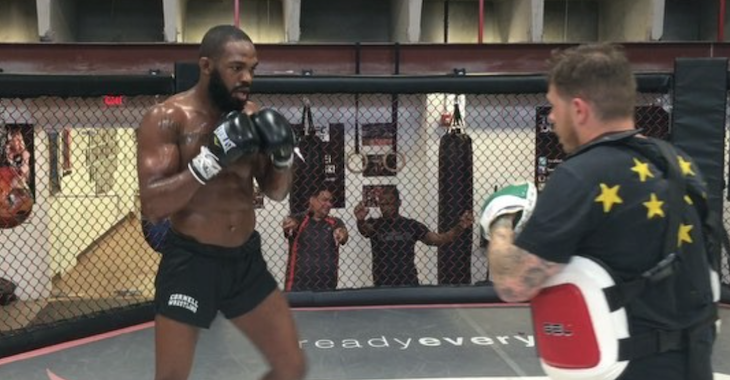 The UFC has been actively looking for a replacement opponent for Nate Diaz at UFC 200 after Conor McGregor retired from MMA Tuesday morning.

Jon Jones, who headlines UFC 197 this Saturday against Ovince Saint-Preux in a light heavyweight interim title fight, spoke to Fox Sports and revealed that he would be open to stepping in to save UFC 200’s main event.

Absolutely. I’d totally step in to UFC 200 and fill in that main event slot.”

Jones, likely means he would be open to headlining the event against Daniel Cormier after his fight with OSP on Saturday.