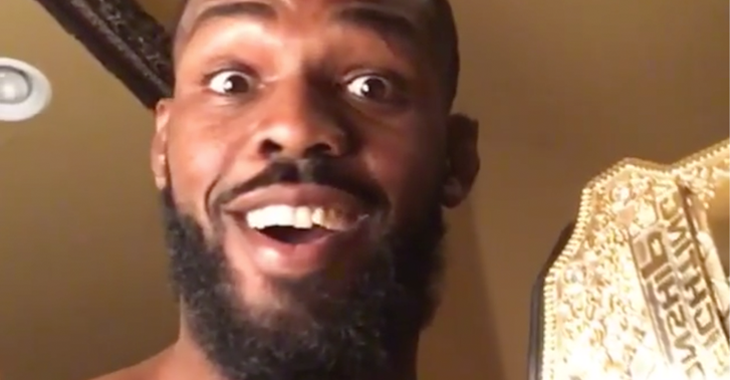 In March of 2011, at the age of 23, Jon Jones defeated PRIDE legend Mauricio “Shogun” Rua to win the UFC light heavyweight title and become the youngest champion in UFC history. Today – which is his birthday – Jones is 30 years old. And though he has been involved in a litany of legal troubles over the last few years, which have included everything from DUIs to cocaine possession, Jones assures he is growing up.

On the eve of his birthday, the former champion assured that there would be no partying for him, just a good night’s sleep.

10:00 PM the night before my birthday and I’m given myself the biggest gift, hard work.

At 12 o’clock there will be no bottles popped, only that good rim sleep. Yep I’m definitely 30

My best is yet to come

Jones then assured, however, that after his UFC 214 battle with Daniel Cormier, which marks his chance to reclaim light heavyweight gold, he will be turning “all the way up.” The light heavyweight great plans to do so in a different country, away from the watchful eye of media outlets like TMZ.

Best believe on July 30th I’m going to turn all the way up, i’m taking the party to a different country, somewhere where there’s no TMZ

When he was wished a happy birthday from a fan from Mexico, Jones then suggested that this could be the location of his massive afterparty.

@JonnyBones happy birthday man, greetings from Mexico, hope u get ur belt back on July 30th ✌

What do you think of these comments from Jon Jones?