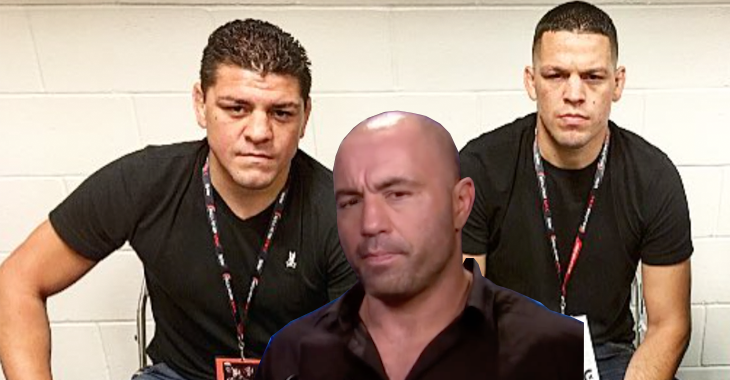 Fight fans around the world let out a collective “Noooooooo!” yesterday evening when news broke that current UFC light heavyweight champion Jon “Bones” Jones had been flagged by USADA for a potential anti-doping violation.

Most people were left in shock and disbelief by the unfortunate news, while others were quick to point out “Bones” troubled past as a means of reasoning.

One thing that everyone in the mixed martial arts community could agree on was that the news of Jon Jones’ potential anti-doping violation was terribly disappointing.

After all, we had just got “Bones” back. Arguably the greatest fighter in the history of the sport was finally back where he belonged and now that could all be taken away… Again.

Many fighters, including Jon’s UFC 214 opponent Daniel Cormier, took to social media where they reacted to the shocking news.

Here is how some of the most notable UFC personalities, including commentator Joe Rogan and superstar Nate Diaz, reacted to the news of Jon Jones failed drug test.

I will wait before the details are in before I comment, but I will say that I hope this is some insane mistake. I always hope whenever a fighter tests positive that it's a mistake or that it's a trace amount from a tainted supplement, and that's exactly how I'm feeling now. Honestly I'm just extremely bummed out about this news.

“I will wait before the details are in before I comment, but I will say that I hope this is some insane mistake. I always hope whenever a fighter tests positive that it’s a mistake or that it’s a trace amount from a tainted supplement, and that’s exactly how I’m feeling now. Honestly I’m just extremely bummed out about this news.” – Joe Rogan

I've been getting asked left and right about Jon Jones situation.
Well I'll say this…
I learned from my… https://t.co/ETcOIFx6ln

“I’ve been getting asked left and right about Jon Jones situation.
Well I’ll say this…
I learned from my mistakes when UFC cut me the first time.
I can’t speak on if he’ll ever learn but as far as fight results, steroids will make you bigger, faster, stronger but not your IQ…
Jon cheated but his fight IQ was still sharp!
He set D.C. up for that head kick by doing the low kicks and liver kicks.
Think about that for a second…” – Anthony “Rumble” Johnson

There is only one Champion! Give the man his due for just being a "CLEAN" Champion. pic.twitter.com/Vm73GriJYv