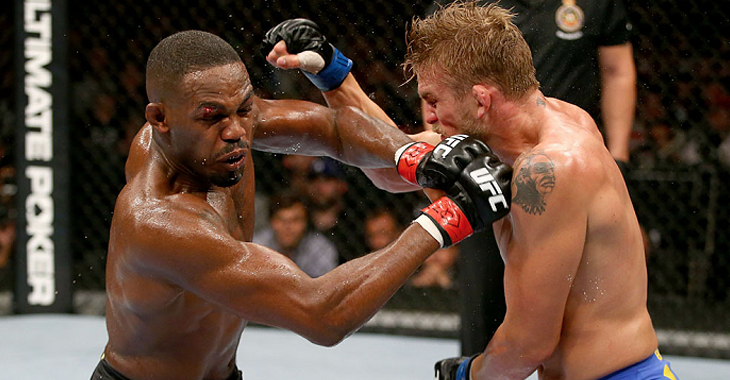 Jones and Cormier went back and forth during the opening two rounds of their highly anticipated UFC 214 main event scrap, with many fans and analysts scoring the fight 19-19 heading into round three.

Unfortunately for Cormier fans, Jones was able to land a viscous head kick on “DC” early on in round-three that had the champion in a world of trouble. “Bones” would proceed to take Cormier down to the octagon canvas where he began unleashing some brutal ground and pound which forced the referee to step in and call the contest.

Shortly after that, “The Beast” Brock Lesnar would respond to Jon Jones callout with the following warning.

While a proposed super-fight between Jon Jones and Brock Lesnar left some fans screaming at their TV’s “take my money”, former UFC light heavyweight title challenger Alexander Gustafsson was not at all impressed with the idea.

“The Mauler” quickly took to Twitter where he issued the following message to Jon Jones.

@JonnyBones congrats Champ. Stop asking for retired fighters, I've been waiting to put my hands on you and so have all the fans.

“@JonnyBones congrats Champ. Stop asking for retired fighters, I’ve been waiting to put my hands on you and so have all the fans.”

Jon Jones and Alexander Gustafsson previously met in the octagon at UFC 165 in September of 2013 and ended up delivering a “fight of the year” performance.

After five rounds of back and forth action Jon Jones was awarded the unanimous decision victory over Gustafsson by the judges in attendance.

Who would you rather see Jon Jones fight in his next octagon appearance, Brock Lesnar or Alexander Gustafsson? Sound off PENN Nation!