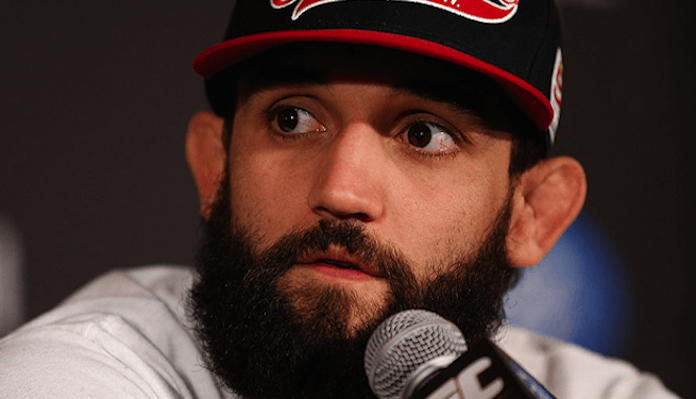 Speaking on Monday’s edition of Ariel Helwani’s MMA Show, Hendricks explained why he opted to hang up the gloves. From the sounds of it, the former champ, who will now serve as a wrestling coach at Episcopal School in Fort Worth, Texas, simply fell out of love with fighting.

“Realistically, I’m over it. I’m over the sport,” Hendricks said. “I did my part and I can say I’m out of the MMA world and I don’t have to worry about something else happening.”

“I’ve been thinking about it…should I give it another shot, should I not?” Hendricks continued. “And with that big question being taken away now I felt a lot of relief and I’m feeling really good about my decision. I still get to wake up, I train once a day, I’m still training wrestling, I’m still working out with guys. The only difference is, I don’t have somebody sitting here saying, ‘Oh, you’re walking around at 208 right now, you’re fat, you need to lose weight.'”

While Hendricks says he leaves the sport without disdain or bitterness, he does hope to see changes occur in the area of MMA judging. He did, after all, give up a number of close decisions throughout his career — most notably to then welterweight champion Georges St-Pierre in 2013.

“You’re looking at these judges, what do they want?” Hendricks explained. “What are these refs looking for? Why do we have boxing judges doing MMA? They don’t understand jiu-jitsu and why are they in the same arena? We have technology nowadays.

“If I’m sitting here and I’m fighting somebody, and I hit him hard and the crowd goes ‘oooh’ but it really wasn’t that hard of a hit, the judges are going to count that as something better. They hear ‘oooh,’ look at their monitor 15 seconds later and then mark it down. I just wish there was better regulation for these fights and upcoming fighters. I would like better organization of the referees.”