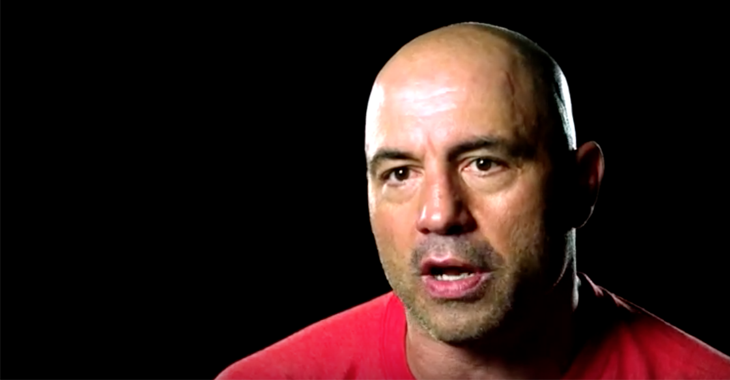 Back in 2005, actor Wesley Snipes apparently found himself in a tight spot with a near-empty bank account and the IRS circling like sharks. Eager to escape this treacherous situation, Snipes and his team allegedly approached the UFC about the possibility of his partaking in a fight in the Octagon – against none other than long-time UFC color commentator Joe Rogan. According to Rogan, Snipes was initially hoping for a bout with Jean-Claude Van Damme. Apparently, however, Campbell McLaren, who served as the UFC producer at the time, wasn’t interested in this bizarre pairing. Instead, he suggested that Snipes take on Rogan.

“[McLaren] is like ‘nobody’s gonna pay to see you and Jean-Claude Van Damme fight,” Rogan said, recounting these early conversations. “You have to fight someone who was current. So he said ‘would you fight Joe Rogan?’ And he said ‘Yup, let’s do it.’ So they came to me, and I went ‘How much money?’ And then they started talking, then I said ‘OK, let’s see what happens.’”

This fight, of course, never went down as planned. For the brief stretch that it looked like it could happen, however, Rogan said he was training seriously for it, sharpening his striking tools under kickboxing and Muay Thai champion Rob Kaman, and continuing to work on his Brazilian jiu jitsu.

Given the way he was training at the time, and his long history in the martial arts, Rogan explained that he was pretty confident he’d emerge the victor in this prospective bout. “I just didn’t think that anybody who didn’t know any jiu-jitsu could learn it quick,” he said. “I was already a brown belt by then, and I just knew what happened when a brown belt fights a white belt. I just can’t imagine.”

“I know how to stand up, and even if I wasn’t good at striking anymore like I was when I was a kid, I’m good enough to know what to not do and where to not be,” he continued. “And if I get a hold of someone who doesn’t know jiu-jitsu, I’m pretty sure I’m choking the f*ck out of them.”

“[Snipes had] never wrestled, he never had a competitive martial arts match, whether it’s a kickboxing fight or karate fight. I was like ‘I’m gonna choke the f*ck out of this guy. I’m gonna get a hold of him, and I’m gonna squeeze the sh*t out of him, and they’re gonna give me a lot of money, and he’s probably not even gonna get hurt.’ That’s what I thought.”

Who do you think would have won if this fight had actually occured? Sound off, PENN nation!