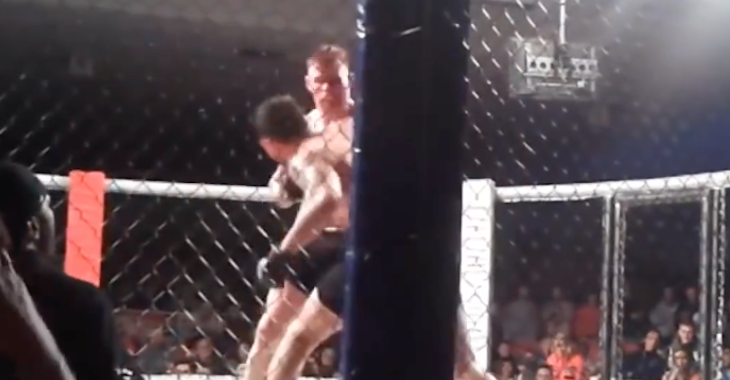 Earlier this week tragic news surfaced that MMA fighter Joao Carvalho had passed away due to injuries sustained in his fight at TEF1 Dublin against Charlie Ward.

While many questioned why the fight hadn’t been stopped sooner, referee Mariusz Domasat is defending the stoppage.

He spoke to Irish Independent:

If you watch the fight you see clearly there was no reason to stop the fight earlier.

I stopped the fight when there was a reason to stop the fight, when the fighter wasn’t willing to fight anymore, that’s it.

Everyone who has any idea about MMA knows the fight was stopped at the exact proper time.

I am an experienced referee and part of the Irish Amateur Pankration Association of Safe MMA and I know what I am doing.

One man who disagreed with the stoppage, and believes the fight should’ve been stopped earlier, is UFC featherweight champion Conor McGregor who was cageside for the fight.

McGregor released a statement shortly after Carvalho’s death, in which he stated that he believed the fight should have been stopped sooner.