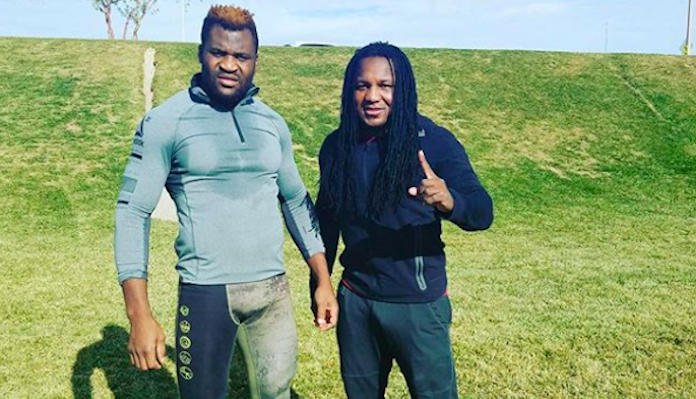 Francis Ngannou entered his UFC 220 title fight with UFC heavyweight champ Stipe Miocic with mountains of hype connected his name. Unfortunately, his showdown with Miocic did not go the way his hype suggested it would. Instead, he was dominated to a five-round unanimous decision loss, and had some fairly serious deficits in the wrestling and cardio departments exposed along the way.

In the wake of Ngannou’s failed title bid, people were so disappointed with his performance that they apparently went after his head coach Dewey Cooper on social media, even issuing death threats.

Cooper, being a life-long martial artist and fighter, take kindly to these threats. He discussed the death threats he received on a recent episode of MMAjunkie Radio.

“I responded to every single one of them – ‘Fuck you, I’m at One Kick’s Gym on Tuesdays, Thursdays and Saturdays,’” Cooper said (transcribed by Steven Marrocco for MMAjunkie. “‘I’m at Mayweather’s gym on Mondays, Wednesdays, Fridays. I’m at the UFC gym at 2 o’clock on Tuesdays and Thursdays. Come kill me, motherfucker.”

“We’re not being bullied physically or on social media,” Cooper added. “You talk shit about me, I’m talking shit about you. Period. I don’t give a shit if I’m at the White House with the president. I don’t care if I’m at the hospital with my girl having my child. You disrespect me, I’m disrespecting you.

“I’m a Malcolm X follower. I believe eye for an eye, cheek for a cheek, and that’s what it’s going to be until the day I die. But I’m the nicest, coolest guy in the world. But I’m no punk bitch. I’m not going to be disrespected and my life challenged and not have some serious recourse about it.”

Needless to say, Dewey Cooper seems to be as fearless as his star pupil, Francis Ngannou.