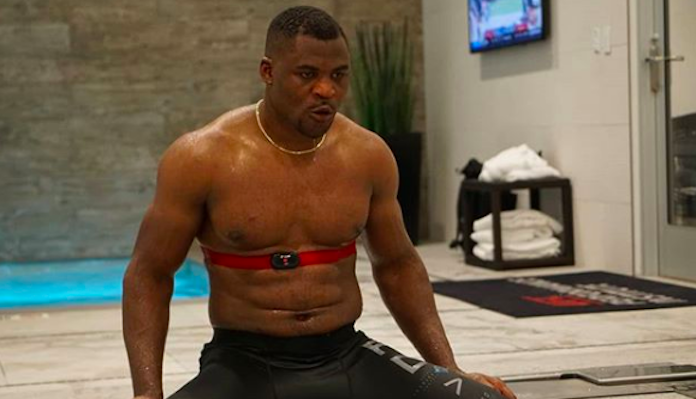 Francis Ngannou’s UFC 220 heavyweight title fight against Stipe Miocic didn’t go the way he planned, as he was dominated to a unanimous decision loss. At UFC 226, he looked to rebound from this tough loss with a win over fellow knockout artist Derrick Lewis.

Unfortunately, Ngannou’s fight with Lewis was an irrefutable stinker, as he inexplicably threw almost no punches over the course of their 15 minute fight, and lost a decision as a result.

In the immediate fallout of this shockingly passive performance, Francis Ngannou was quiet. On Monday, however, the hulking heavyweight star broke his silence, admitting that he let his loss to Miocic affect his performance against Lewis. So, no, it wasn’t his ‘ego.’

Here’s Ngannou’s post-fight statement, which he posted on his social media accounts.

“I am not proud of my last performance,” Ngannou said of his UFC 226 loss to Derrick Lewis. “I have carried my fear from the last fight to this one. I completely understand the frustration & anger that it has caused to my fans, coaches, teammates, family and friends and I am truly sorry for that. I won’t let everyone down again. All I can do now is prove myself and make you proud again.”

Needless to say, Ngannou seem to have a firm grasp on why he underperformed so severely at UFC 226, and seems determined to learn from this mistake.

What do you think the future holds for Francis Ngannou?