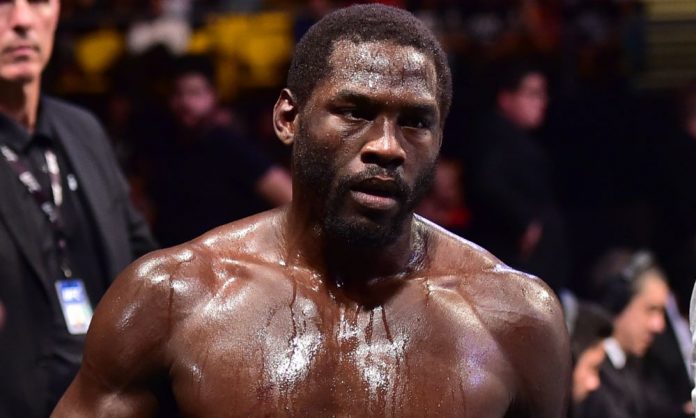 Jared Cannonier is set for arguably the biggest fight of his career this Saturday, in the co-main event of UFC 237. The 10th ranked middleweight will be taking on one of the greatest fighters of all time in Anderson Silva. Learn how to watch UFC 237 here.

Although Silva is ranked below him, Cannonier still understands how big of a fight this is. And, with fight week now upon us, the work is done and the 35-year-old middleweight is just ready for Saturday.

“At this point in time, I am just feeling ready. I’m prepared, just ready. That is the best word I can use,” Cannonier said to BJPENN.com. “Just ready to get down there and hear the boos and meet Anderson Silva, shake his hand and go through all the media. Finally, just fight and get a big win on Saturday.”

Getting the win won’t be easy. Silva is a legend of the sport and is fighting in his home country. There is no question Cannonier will be booed but the 35-year-old is welcoming the boos and doesn’t feel they will impact the fight.

“I mean, there is no point in letting it bother me if I already know that is what is going to happen,” he said. “Boos don’t hurt, they aren’t going to distract me. On top of that, I’m fighting their hero and I expect them to support their guy. Brazilian fans love their own. That is their champion, and I’m my own champion.”

Ultimately, boos or not, Jared Cannonier knows he will handle business in the co-main event. To be the co-main event is an awesome feeling, he says. But, he is more focused on the fight and knocking out Silva. Although reigning interim middleweight champion Israel Adesanya couldn’t knock the legend out, Cannonier knows he will fight differently than Adesanya did. And the result could be a knockout victory.

“To me, it is going to be different. When they had their fight it was more trying to score, trying to expose each other. Trying to create openings, which is the intelligent way to approach a fight when you have two strikers of that caliber in there,” Cannonier explained. “I feel like I am a high-caliber, too. I’m just going to impose my will. Just go in there and get up in his face and swing some bombs. He has good head movement and sometimes he lets you hit him. I wouldn’t advise him doing that to me as my shots are going to have my weight behind it. I’m very confident in my defense and even more confident in my offense. As long as I can hit him I’m going to have a good night. If I can hit you I’m going to knock you out.”

Needless to say, the American feels more than ready for the fight. Cannonier expects to knock out Silva and, with a win knows a title shot will not be far away.

“That isn’t up to me, it is up to the UFC and the matchmakers. Israel did get a title shot after his win over Anderson. I think a good dominant win, especially a knockout over the GOAT, would open some eyes,” he said. “A win over Anderson would put me in line for a title shot. Maybe not next but maybe the fight after that. All my teammates say I’m going to be fighting for a title eventually. I don’t put any weight on when I am going to fight for a title, rather when I am going to fight next.”

Do you think Jared Cannonier can stop Anderson Silva at UFC 237?