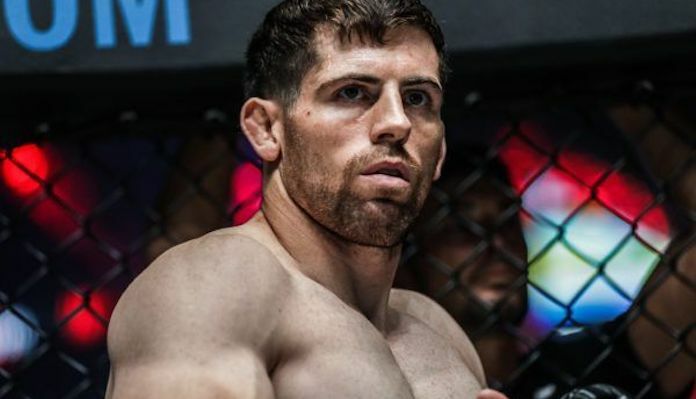 This Friday, at ONE: Big Bang II, Tyler McGuire will make his long awaited return to the ONE Circle when he takes on Agilan Thani.

The bout will be McGuire’s first since he came up short in a welterweight title fight with Zebaztian Kadestam in late 2018—his first taste of defeat as a pro mixed martial artist.

While McGuire is very excited for the opportunity to bounce back from that setback, he admits it’s unfortunate that the man standing across the canvas from him will be Thani, who he considers a friend.

“ONE gives their fighters shirts on Fight Week,” McGuire told BJPENN.com, looking back on his first interaction with Thani. “I didn’t get the ONE he got, and I was just like ‘Oh, that’s a really cool shirt.’ The dude literally just took it off his back and gave it to me.”

While McGuire has great respect for Thani, he intends to put those feels aside when they’re locked in the ONE Circle together on Friday.

“For 15 minutes, I’m going to try to punch his head into the back row,” he said. “It’s one of those things where, if I win the fight and he goes to the hospital, I’ll go see him for in the hospital, but for those 15 minutes, there’s no love lost.”

If McGuire is able to put his friendship with Thani aside and return to the win column this Friday, he’s hoping that it will open the door to a fight with reigning ONE welterweight champion Kiamrian Abbasov.

“Based on the conversations I’ve had [with ONE], I’m one or two wins away [from a title shot],” McGuire said.

“MMA is a ‘what have you done for me lately?’ sport,” he added. “So if I put on a lackluster performance, I might miss that shot. So I have to come out and perform and show them why I deserve it.”

While McGuire is understandably keen to put himself in a position to win the ONE welterweight title, he’s also interested in running things back with Kadestam, as he had plenty of success in their fight before he was stopped in the fifth and final round. He’d also welcome fights with Japanese MMA legends Yoshihiro Akiyama and Yushin Okami, both of whom call ONE home.

“I’d actually like to run it back with Zebaztian more than anything,” he said. “Just being a competitor, I want that one back. If that was a three-round fight, I won that fight.

“Obviously being in the cage with legends like Akiyama and Okami would be an honor,” he added. “I’d probably ask for and autograph, honestly.”

Suffice it to say that a win over Thani could catapult McGuire into some huge opportunities in the ONE Circle, and he doesn’t intend to let the opportunity go to waste.

“The biggest thing is just to remind people that I’m still here,” the former title challenger concluded. “I know I’ve been gone for awhile, so just getting back in the win column, especially in a dominant way, that will remind the world that I’m here, and I just missed on that world title [in my last fight].”